Bar with heart and soul

I haven’t been in Greece before and the owner of Baba au Rum inspired me to make a bar trip to Athens. The first bar on my list was for that reason the Baba au Rum. 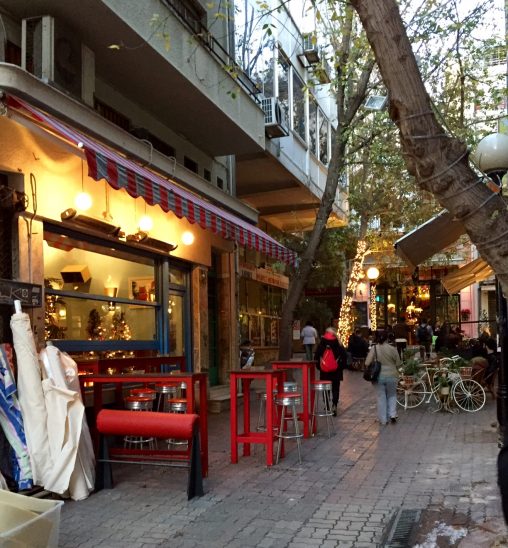 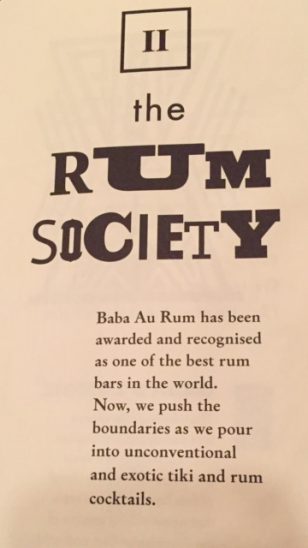 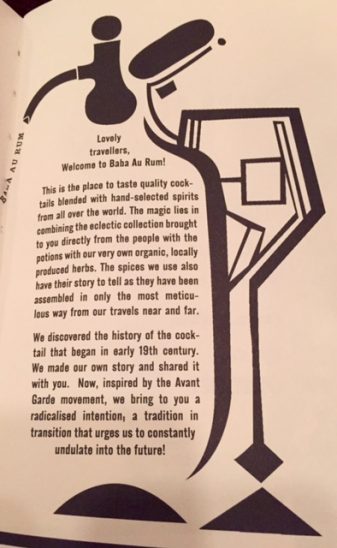 At 17.00 o’clock I turned around the corner and stood in front of the red outdoor furniture. I entered the bar and found myself back in the 50s I guess. A style between american diner and a tiki place. At one side a nice wallpaper with red flowers and birds that perfectly fits to the light bluish wall paint. On the other side you will find the bar counter and behind a huge storage rack for the Rum and some other spirit. So the concept is obvious 🙂  You also find some showcases packed with rare books, glasses, tiki mugs and the award for one of the World’s Best Bars. The space is perfectly decorated and forms a harmonic ambience. It was love on first sight and the atmosphere was relaxing and everthing was alright.

I took a seat at the bar. There is also a cosy lounge area with sofas but my place is always at the bar. Because of the christmas season the bar opened earlier than usullay and I was so eager to see this place. I was handed the menu which already impressed me at the Vesper Bar in Berlin where I had a quick look. Some of the drinks I recognised and my first drink of choice was of course the „Baba Au Rum Cocktail“. A twist on a Daiquiri with a subtle acidity, some liquid salt and basil. It came with a big glass of water that never run empty. The stuff is attentive, friendly, calm and very professional. Some drinks had been thrown, some were inflamed, it was a great pleasure to watch the bartenders also taste their work before serving it. 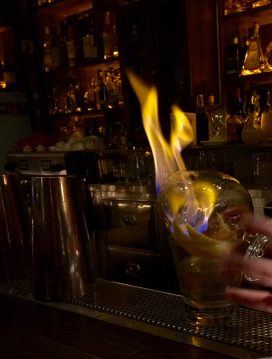 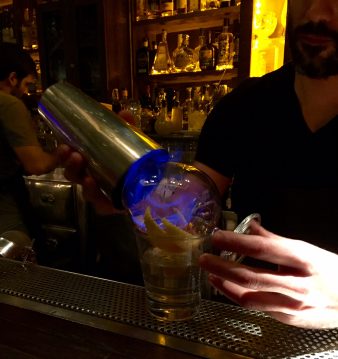 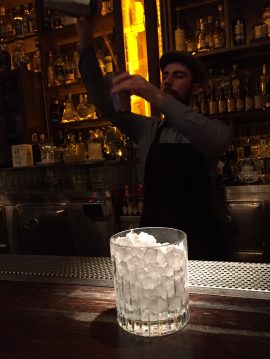 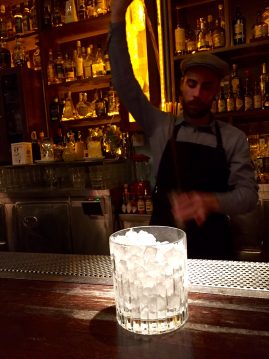 For my next drink I opted for „Dan Cunningham“. A perfectly balanced drink based on rum and whiskey including some port wine that gave a sweet and cherry touch. There is no bar food but the drinks come with a tasty nut mix.  And some drinks are served with chocolate or dry fruits. The next drink was an espresso to reduce the effect of the alcohol. The bar filled up with people. One of the bartenders I met in Berlin appeared behind the bar. He looked a bit irritated because he recognised me but wasn’t sure where we met before. Same with the others I already met in Berlin. After half an hour also the owner of Baba arrived. It was a surprise that I really came to Athens like I „threatened“ them in October. Here are some impressions I would like to share: 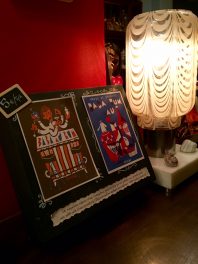 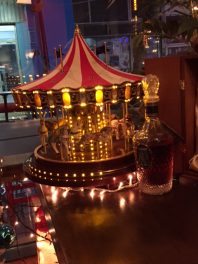 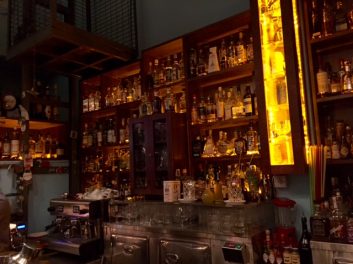 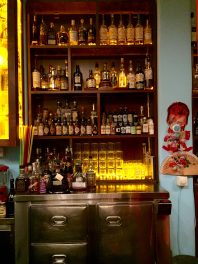 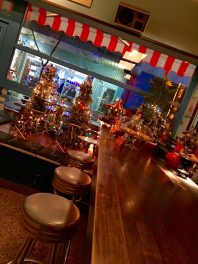 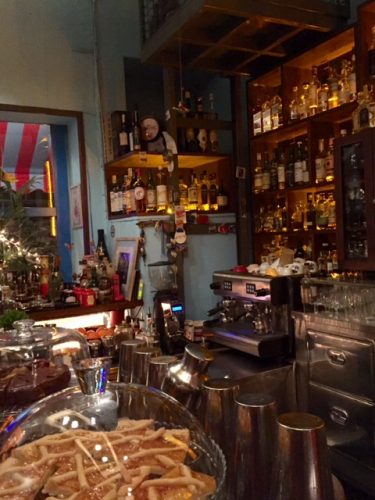 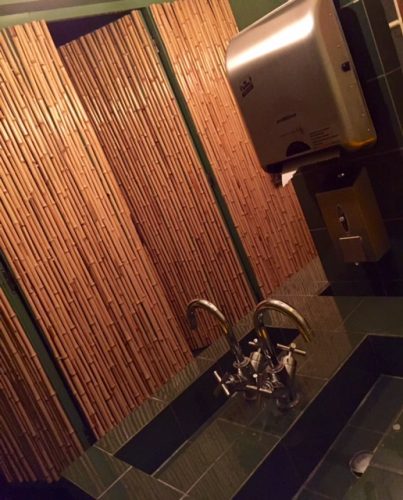 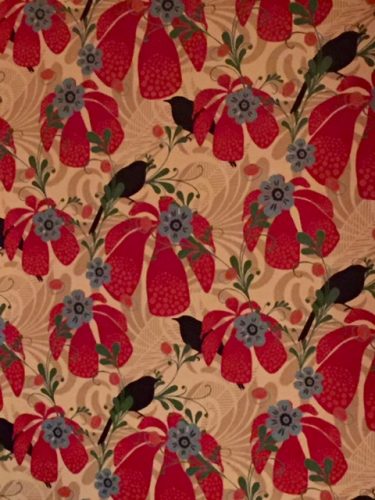 Later the DJ arrived and treated my ears well. Due to the fact that it was a Sunday some couples with their kids had some drinks. Bringing up kids in Mediterranean countries seems more relaxed. I should not forget to mention the nice toilets which fits the concept as well as you can see. To turn on the water is a bit tricky to find. But as soon as you have found the pedal underneath the sink you are able to wash your hands.

Third drink of choice was a “Society of spectacle” with the spiciness of ginger and afterwards a “Duchamp’s Punch” with a flowery note of lavender which I liked the most. The goal for the week is to get through the whole menu. I had a solid and proper Greek dinner before so the alcohol slowly started to effect me. Finally I got a Ypioca Cachaça 150 that came with some dried figs along. Very smooth taste due to the barrel aging. Baba Au Rum is on the top 100 of the World’s Best Bars and quite rightly. Overview of all this drinks can be found here, all stored and illustrated in a wonderful hardback edition. 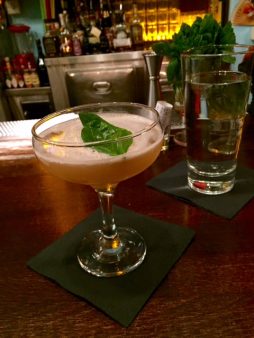 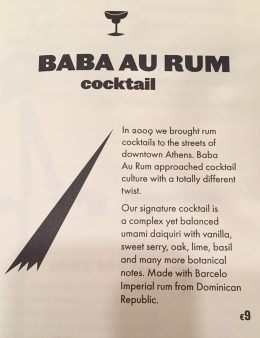 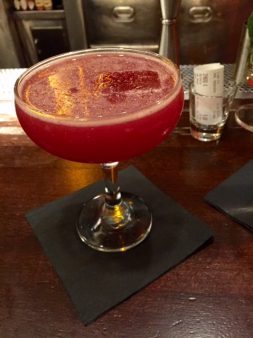 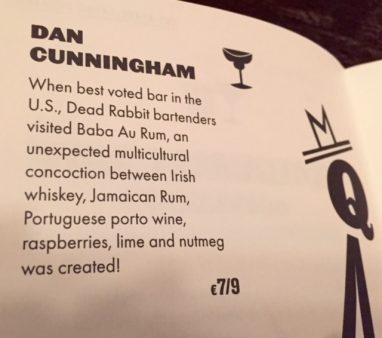 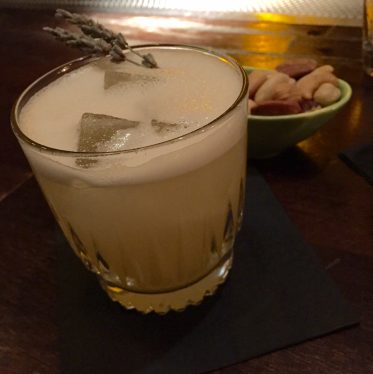 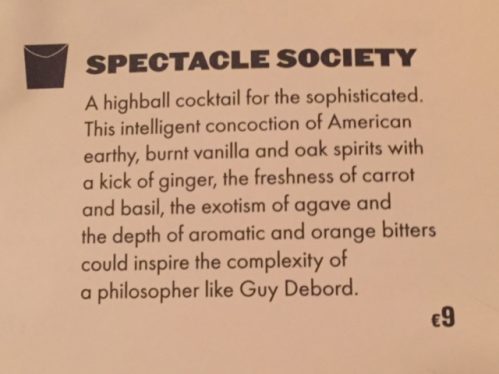 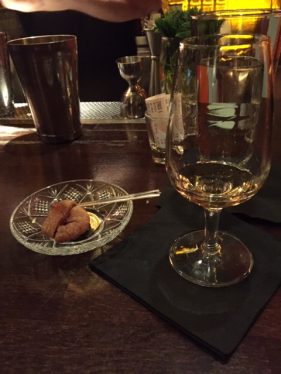 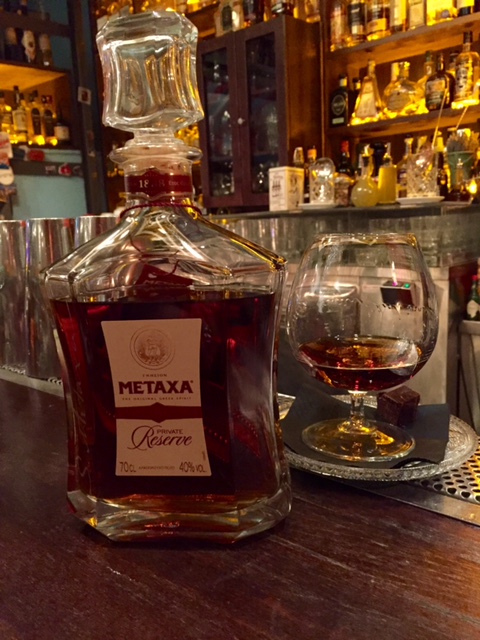 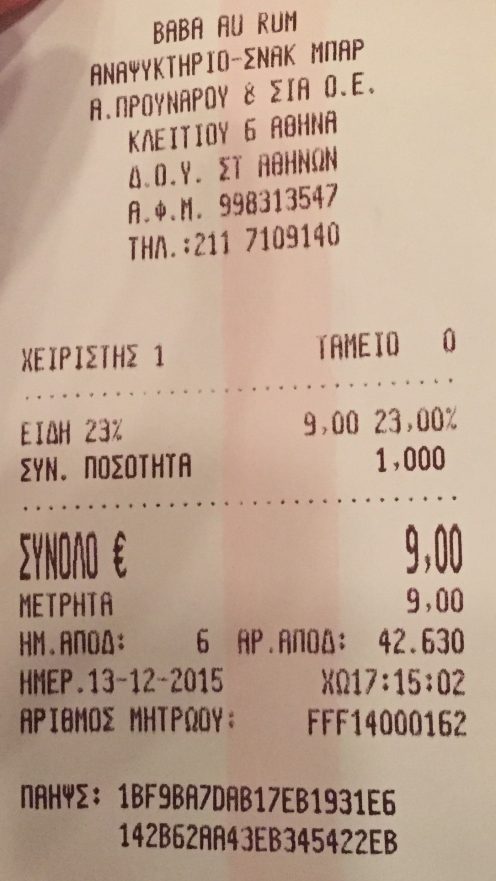 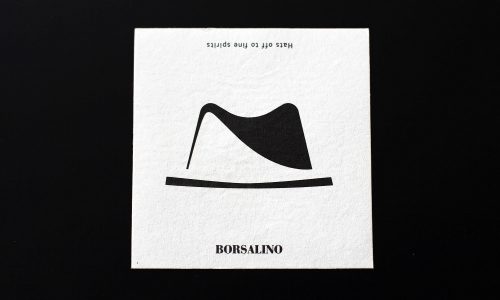 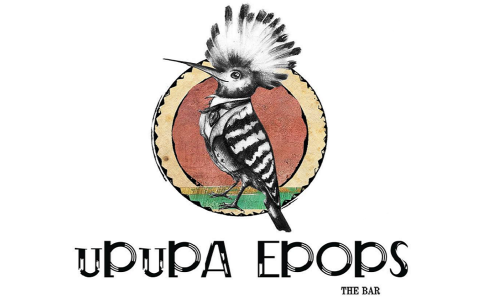 Upupa Epops – Night and day you are the one ♬ 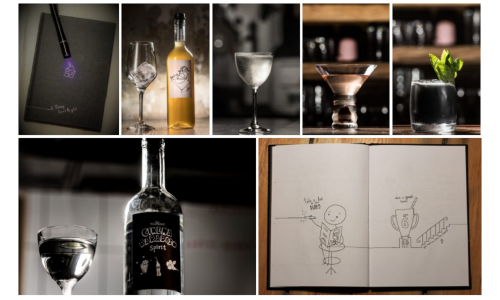