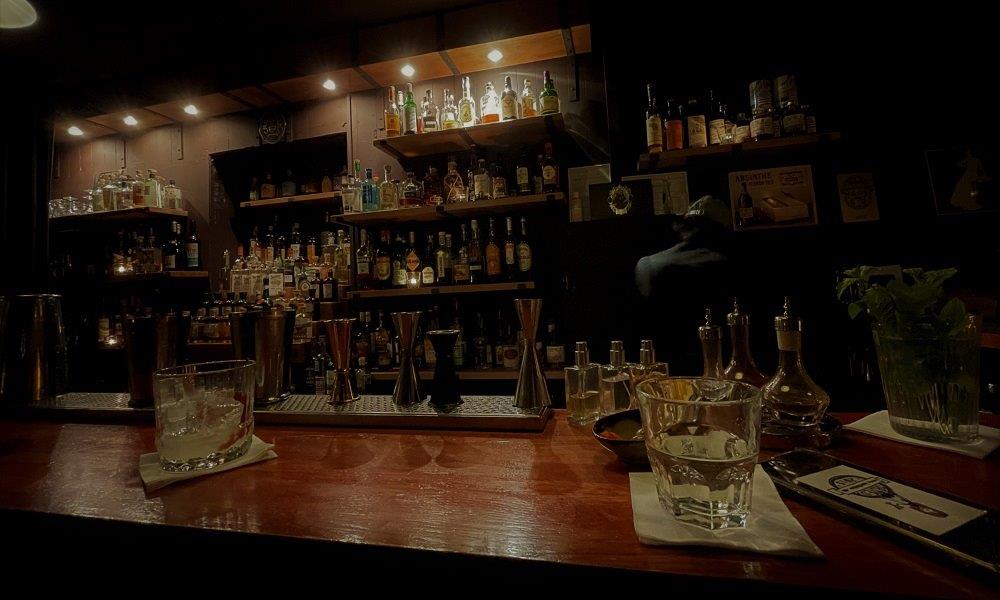 Marseille is a multicultural metropolis on the Mediterranean Sea. It’s considered not only to be the oldest city in France but also its second largest. Around 620 B.C., the Greeks founded the place they called Massalia. After that, many peoples came to Marseille over the centuries – you can still feel this in the city today. Marseille is a great melting pot of many nations and peoples.

In Marseille, again and again I found myself wondering where I actually was – people from all continents, the most diverse neighbourhoods, captivating and disturbing smells, multicultural and Mediterranean with Caribbean flair.

Carry Nation is one of the first cocktail bars that opened in Marseille about 12 years ago. It’s a hidden cocktail bar, and all the guests have to go through a certain procedure to find it. Since I don’t want to spoil the fun here, you can get all the necessary information about the reservation on the bar’s website. Make your reservation and follow the instructions. As soon as your eyes get used to the darkness, the world of the speakeasy ambience of the Prohibition years, where bootleggers hide to make, sell or consume alcohol, opens up to you. Prohibition commonly refers to the period from 1919 to 1933 in the United States, during which the constitution was amended and prohibited the sale of alcoholic beverages. Take a seat at the bar, or at the cosy seating groups in two rooms, surrounded by vintage furniture and enjoy the calm, dark, and slightly mysterious vibe.

Carry Nation is a hidden prohibition themed bar that will take you back to this era.

The bar’s namesake is Carrie “Amelia Moore” Nation. I’d never heard of her before, so I first had to google this grim-faced lady:

Born in 1846, Caroline Amelia Nation opposed alcohol even before Prohibition. She was a radical member of the temperance movement and is said to have attacked establishments serving alcohol with a hatchet. Carrie, Carry Nation, or Hatchet Granny, as she was often called was also concerned about women’s clothing – especially tight garments such as corsets, which she refused to wear. She was concerned about the harmful effects that such clothing had on internal organs. She believed that she had devine ordination to promote temperance by smashing up bars and described herself as “a bulldog running along at the feet of Jesus, barking at what He doesn’t like”.

In keeping with the bar’s spirit, you can expect classic drinks created by well-dressed bartenders. The menu – which focuses on perfectly made classic cocktails – includes 12 alcoholic drinks and three non-alcoholic (Carry would be proud of you). Their signature drinks are twists on classic recipes. I opted for the L’Electro, a twist of an Aviation with sezuchan flowers on the side that were dancing a Charleston on my tongue. The El Dorado was a mezalicious play on a Penicillin. All drinks come with water and some olives (at least, the day I was there). At Carry Nation, no food is served, only cocktails. 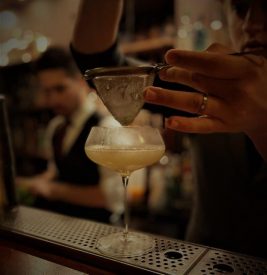 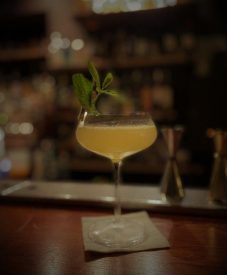 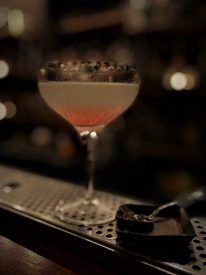 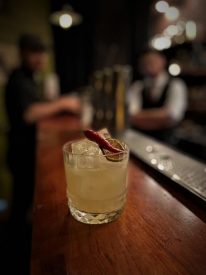 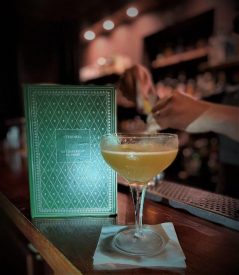 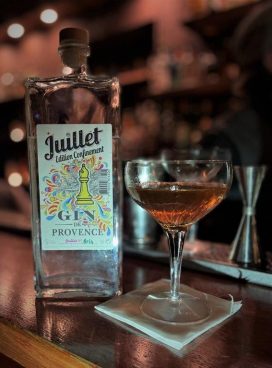 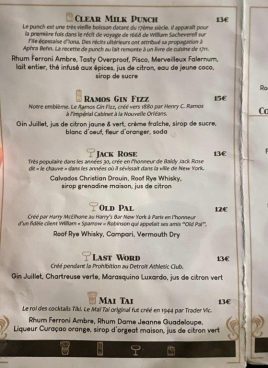 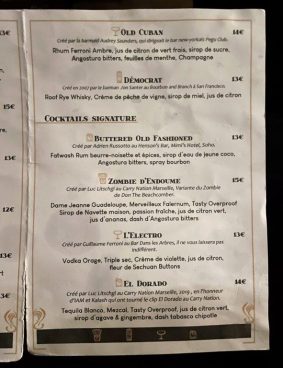 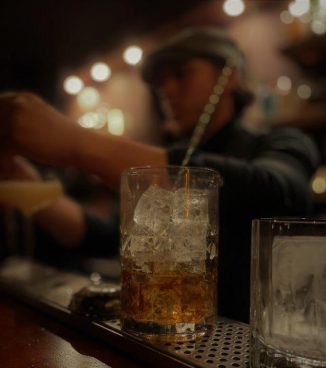 The service is impeccable and very friendly. My last drink was the bartender’s recommendation when I asked for a fresh French-inspired cocktail. Something along the lines of a Sidecar. “Champs Elysees”, he said. The mixture of a Sidecar and a Last word is as French as its namesake, using two classic French spirits, cognac and Chartreuse. I completely forgot about it. It’s a refreshing yet intriguing elegant cocktail. The flavour of the Cognac complimented the herbal flavour of the Green Chartreuse nicely and the acidity played well together with the sugar syrup. Very well executed. This cocktail was invented by Harry Craddock in London and came from the 1934 Savoy Cocktail book. In the Savoy Cocktail book you will find the Champs Elysees as a six-person recipe, does that mean it was a party drink? And maybe swapping the Cognac for Calvados would be a nice alternative.

Carry Nation has a big selection of spirits. No wonder, as this place belongs to Guillaume Ferroni, the brain behind Carry Nation, Bar Dans Les Arbres and l’Atelier Ferroni. He also created Maison Ferroni which is a producer of spirits like Ferroni rum, Gin Juillet, and Pastis Château des Creissauds. Also pay a visit to “L’Atelier Ferroni”, a boutique with an aging cellar for Ferroni Rum from Marseille, a rum discovery place also offering tastings, workshops and masterclasses. 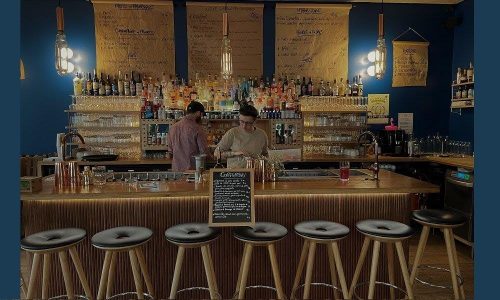