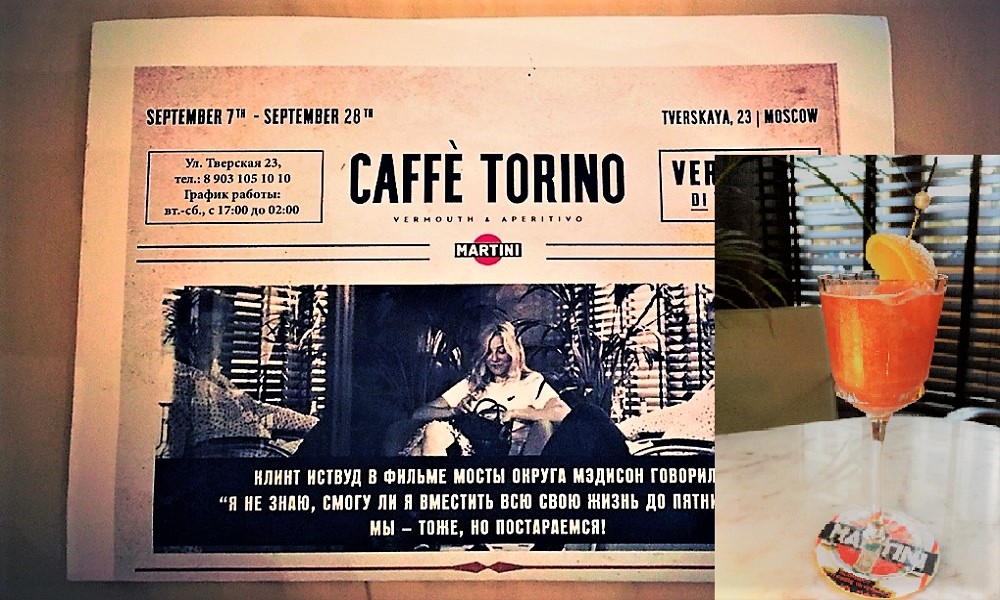 Pop ups are not a new idea. Guestshifts and pop ups have become an important part of the industry. Shops, restaurants and bars only exist for a certain period of time in private homes, former factories, festivals or, as in this case, they built a brand-new bar.

The American Dream Bar project by The Clumsies, a well-known bar in Athens that ranks on No. 6 of the World’s 50 Best Bars, hosted six of the highest profile bars across the USA in an old building in Athens for one night. They brought a little taste of what they do at home to the Greek capital. The best drink I had that night was a special Negroni made by internationally renowned Naren Young owner of Dante in New York. I have never forgotten about his Unlikely Negroni which consists of tequila, Campari, Otto’s Athens Vermouth, banana, pineapple shrub, chilli and sesame oil.

I was at the right place at the right time when Naren Young posted that he and his team were going to open the Caffè Torino Pop Up and celebrate the aperitivo drinking culture in Moscow city centre for a whole month.

In Mediterranean countries, it is a tradition to come together for an aperitivo and some appetizers in the early evening. The name “Caffè Torino” comes from the famous Turin gastronomy, opened in 1903, where movie stars such as James Stewart, Ava Gardner and Brigitte Bardot raised their glasses. Now, “Caffè Torino” is the name of a concept which shows just how you too can participate in an aperitivo. As the pop up was initiated by Martini, the drinks are based on the new premium vermouth Martini Riserva Speciale Rubino, Martini Riserva Speciale Ambrato and other Martini products. Host of Caffe Torino by Martini was the well-known bar Noor Electro where many bar luminaries have already had guestshifts. They transformed a warehouse into an elegant and welcoming local bar. Taking inspiration from the Italian bar where a quick drink marks the end of the day.

About the host Noor | Electro

Noor, with its black and white tiles, looks like an Italian café itself and the interior is full of Art deco elements. The venue is spacious, very stylish and the huge oval shape bar counter can host many guests. The yellow walls and turquoise ceiling is a treat to behold. Noor|Electro is its proper name because the bar shares its building with the modernistic Stanislavsky Electrotheatre. It is also a gallery and offers some live music shows.

Mixology is taken very seriously here, with all the ingredients as natural as they get, and the service is attentive and nicely dressed in white working overalls. The place mixes art and cocktails in a creative concoction in an historical building.

An artistic place with a very special history. If you need to use the bathrooms, or even if you don’t, I would recommend heading down to the lower level in any case, you will notice an information board telling you the story when, in 1939, the width of Tverskaya street was stretched up to 39.5 metres. The whole building was physically moved with the help of a jacking system. You can still see the exposed beams that were used to move it along on special wheels onto the new foundations. 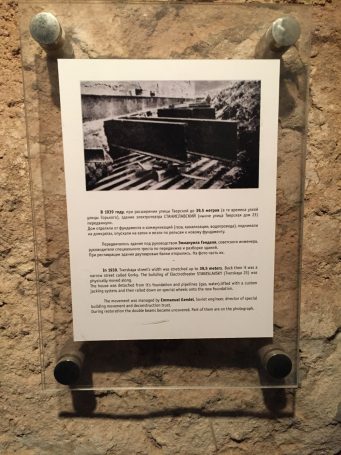 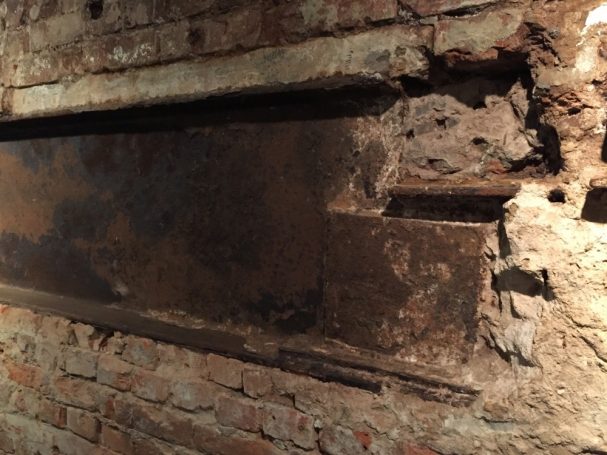 I got a full sightseeing tour of the venue pointing out historic features from its previous life as a cinema and as a clothes shop by the bar manager Marad Saddarov whom I met the first time while I was sipping a Negroni at the bar counter of the pop up. I dare to say that he is the main attraction of this place. Marad has a strong authentic character. He has been an institution in the bar business for almost 30 years and has greatly influenced the bar scene. The conversation was a mix of German, English and Russian. As soon as I told Marad that I am from Germany he called over one of his guys who grew up in Germany to help with our conversation. With a Pomegranate Tini, that has been on the menu for years now, in my hand I listened to the story and met the owner, too. These are the kind of side stories that really make my trips so worthwhile. It was time to go back to the pop up and try the tempting creations of Dante’s team.

As a lover of vermouth and bitterness I was very pleased by the drinking list of the pop up. A creative list of 21 cocktails had been created to represent aperitivo drinks like Americano, Negroni and the Sbagliato together with cold and hot dishes. I was standing at the bar counter chatting with the bartenders and watching a silver fountain spewing Negroni. The Negroni was served with a big clear ice cube with the Dante logo stamped on it.

The light style version of a Negroni, the Sbagliato was served as a Golden Sbagliato. It was great to look at it with its golden glow. The Negroni Sbagliato, Sbagliato means mistake in Italian, is said to be a mistake by a busy bartender using sparkling wine instead of gin in a Negroni. A nice mistake I would say. My next drink of choice was an Italian Sour with Martini Riserva Bitter, grappa, Strega, limoncello, rose water and some egg white. The drink with the flowers was a delicious concoction of, Martini Extra Dry, Maraschino, Ricard, orange and agostura bitters.  I was so impressed by the professionalism of the location and the hospitality of the team that I spent two evenings there.

I have heard that Caffè Torino is still there next to Noor bar with its aperitivo drinks, even after the vermoutheria pop up ended on 28th September. 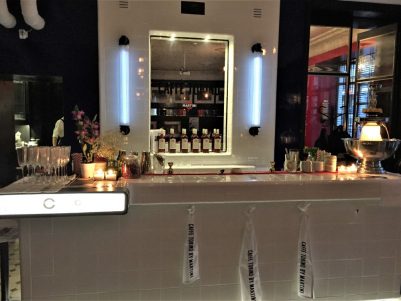 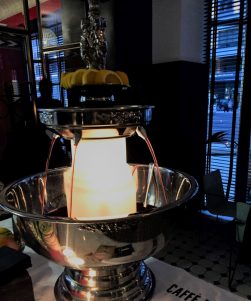 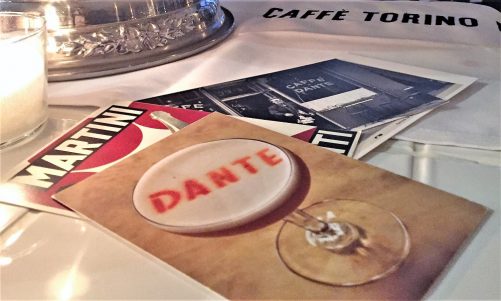 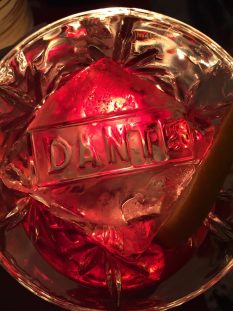 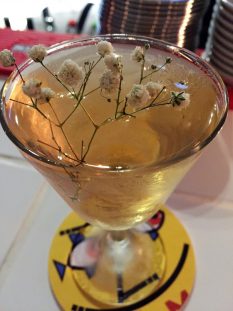 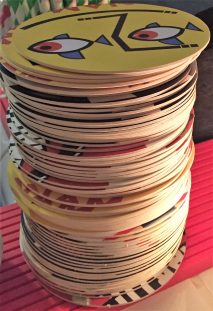 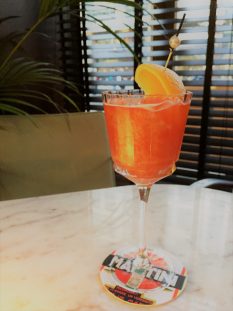 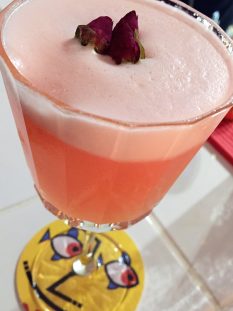 ← Antiquarny Boutique & Bar – My favourite for lots of reason 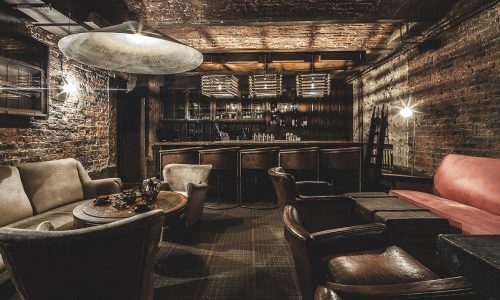 Korobok – A bar in a matchbox, an explosive mix 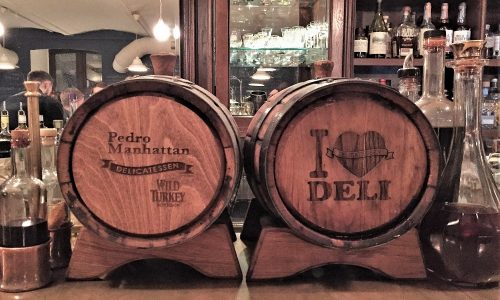 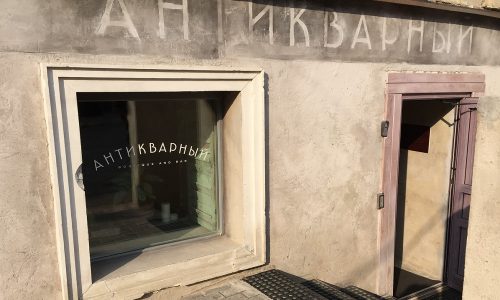 Antiquarny Boutique & Bar – My favourite for lots of reason