Pink Pony Club – A Professional Solution with a Temporary Home 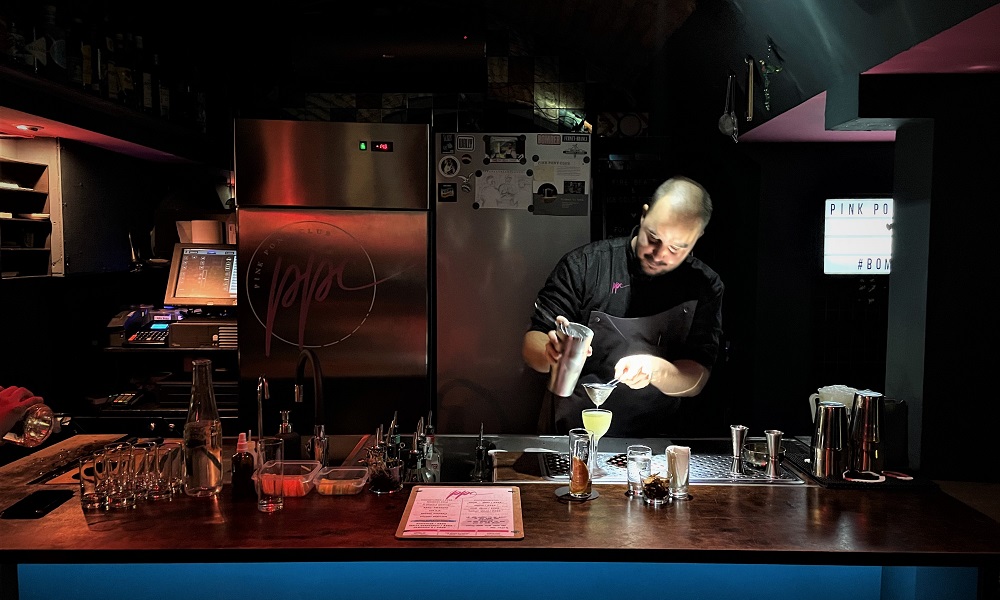 So here’s some more about my alcoholiday in Budapest and the right places for the discerning drinker. Let’s return to the topic of networking and the microcosm of the bar world. One of the reasons for my trip to Budapest was to visit the Pink Pony Club, because I met Balasz Molnar, the brain behind, in spring 2019 at Maybe Sammy in Sydney. Time to see what he’s up to in his homeland.

Balazs Molnar is well known to the international bar scene. He learned from the best. Originally from Hungary, Molnar was part of London’s Artesian bar team and worked with famous bar luminaries such as Simone Caporale and Alex Kratena. Artesian won the World’s 50 Best Bars title four times in a row and is famous for reinventing the five-star hotel bar experience with its creative cocktail creations and service style. Molnar was working there exactly when Artesian collected the most awards.

His journey took him further to Hong Kong as bar manager of Lobster Bar & Grill, a glamorous five-star hotel bar in the Shangri-La with a wide spirit selection and focus on local ingredients. This bar was ranked 18th in the World’s 50 Best Bars and 4th in Asia. This was followed by his work as beverage director at multiple award-winning Maybe Sammy in Sydney, where he worked with the renowned Martin Hudak.

What awaits you with Molnar is grand hotel expertise and bartending experience par excellence. He belongs to the great ones who don’t deliver fine speeches but love and live their profession.

Now, in his home country, Molnar supports the local gastro culture by sharing his knowledge and the expertise he has gained while working in five-star hotel bars around the world. To complete the picture, he has a university degree in tourism and hospitality including economy, business planning, finance, marketing and congress and event organisation. Accordingly, he is also an excellent consultant on new bar concepts.

Molnar’s latest position is co-owner of the bar Pink Pony Club (PPC), which he opened together with renowned Zoltan Nagy in the basement of Boutiq’ Bar in Budapest.

“Things turned out differently than planned”, said Molnar in starting our conversation during my visit. The bar had a rough start right from the beginning. At first, the originally planned location was not available for some reason. So, Nagy, unceremoniously, suggested sharing the basement of Boutiq’ Bar, where PPC has temporarily found its home. And then there was more bad news: the COVID lockdown two years ago. The bar officially opened its doors, only to close them again immediately.

There is no competition between the two bars, Boutiq’ Bar upstairs and PPC downstairs. The concepts are different and form a perfect symbiosis. If guests have to wait longer for a seat upstairs, they are happy to come down one floor for a drink and vice versa.

Just a few weeks before my visit, PPC reopened. Currently it is only open on Fridays and Saturdays from 8 p.m. to 2 a.m. Needless to say, I spent both days there, drinking up and down the menu and exchanging with the lovely bar team. The bar with the funny name, which honestly sounds like the name of an establishment  – kind of like a strip club or gay bar but goes more in the direction of a creative unicorn – is an experimental cocktail bar focusing on simplicity and sustainability with crafted cocktails.

Pink Pony Club is an experimental cocktail bar focusing on simplicity and sustainability with crafted cocktails combined with an impeccable hospitality service.

The menu changes as soon as the inhouse prepared ingredients are used up. The bar is open to the public two days a week – one day a week is used as a prep day. What is available and in season is processed.

You won’t find a wide selection of spirits. The back bar consists of a maximum of two varieties of each spirit category. If a bottle is empty, a new one comes. This offers guests variety and keeps things exciting. If you fancy a large selection of spirits, you will find what you are looking for one floor up at Boutiq’ Bar. The concept of simplicity also reflects in the glassware and decoration. “We use four simple glass types. You pay for what you have in the glass and you get good quality at a fair price”, explained Molnar.

As for the venue, think of an 90s underground club. The vaulted ceiling, the mirrors and the muted colours give the place its cosiness. There is room for 30 guests, who can make themselves comfortable at the small tables and cushioned benches. A small bar station was set up professorially with a few seats in case of need. Needless to say, that is where I found my place. The look and feel reminded me of the Bramble in Edinburgh. Hip-hop tunes, great service and complex drinks. A cosy, cool and laid-back place with unpretentious bartenders, and a basement bar too.

The drinking concept in a nutshell: less is more. Few spirits are used specifically, what is available at the moment is processed, nothing is thrown away.

The ever-changing menu consists of thirteen mixed drinks divided into signature, experimental and Gin & Tonics if you fancy something easy. The absolute banger and crowd pleaser and constant on the menu is a Whiskey Cola. I asked for a recommendation and when Balasz said “Whiskey Cola”, it was already clear to me that this was not an ordinary mix of whiskey and cola. On the contrary, it’s a processed whiskey and cola variation that goes through some cocktail techniques  to surprise with its appearance and taste. The spirit base is Jack Daniel’s Tennessee Fire Whiskey mixed with cherry, homemade cola syrup and lemon. The dark concoction is then clarified with almond milk and centrifuged to get an appealing clarity. Finally the drink is kegged for optimal carbonation and served in a highball glass with a clear ice spear. A surprising taste experience reminiscent of Haribos cola bottles, very drinkable and very tasty. Describing the rest of the drinks would be a bit mean, as they probably won’t be on the menu for the next visit. But rest assured, I have tried them all and they were very good. 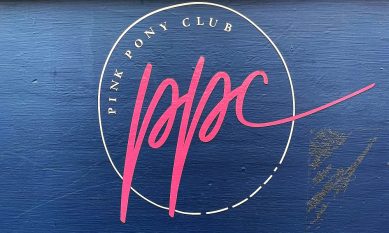 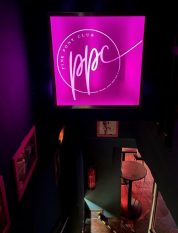 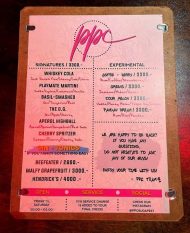 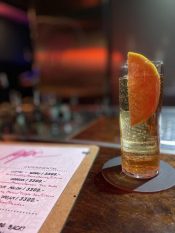 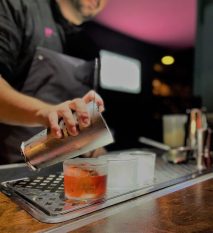 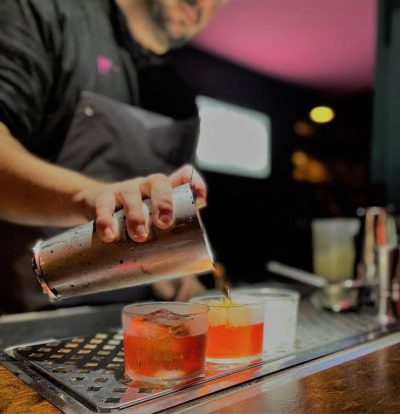 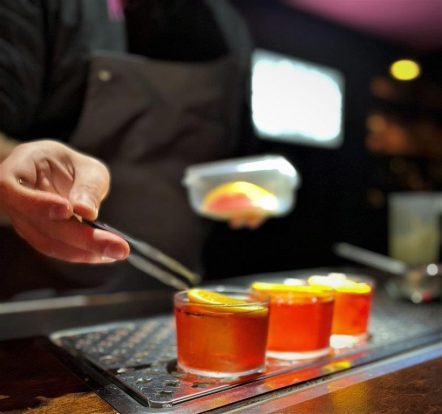 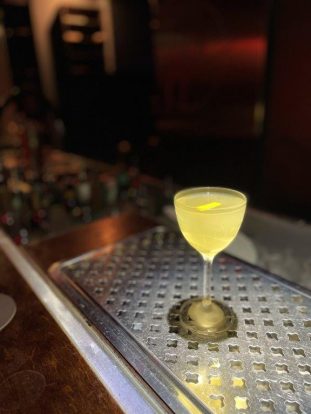 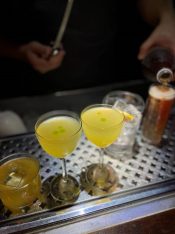 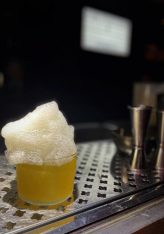 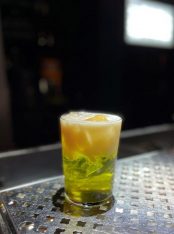 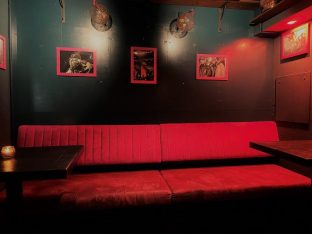 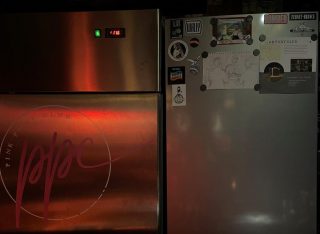 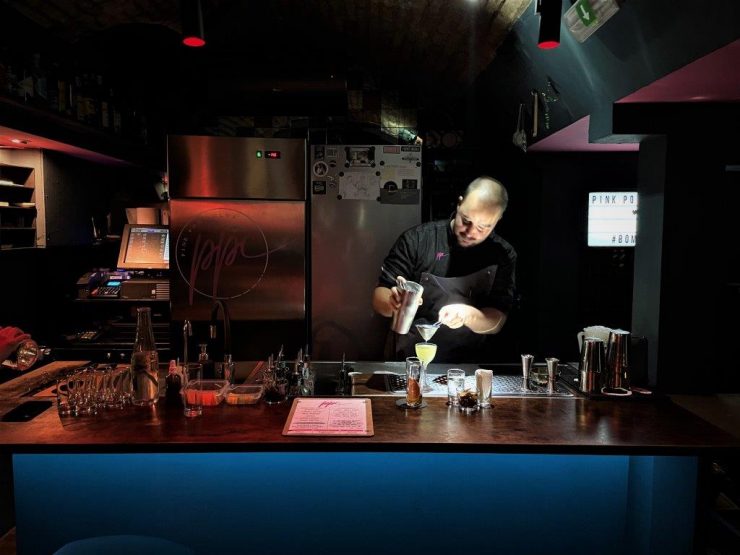 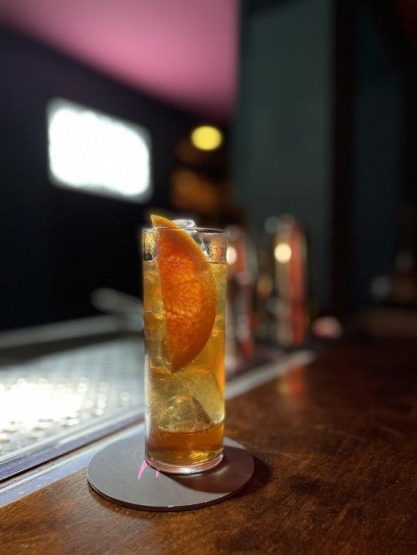 The highest good of a bar is its hospitality. It’s about giving guests a good time.

Molnar’s understanding of hospitality is strong. He seems to be everywhere at once, he is full of energy and attentive at the same time. Fascinated, I watch the hustle and bustle as he simultaneously greets guests while preparing drinks behind the bar, washing glasses, finding time for a chat and checking the toilets regularly.

It’s a pity that some in the industry forget that it’s about giving guests a good time, not about how to win an award or be rated best bar, or just focus only on drinks and technique.

Thank you PPC team for your great hospitality and making me feel at home and comfortable (and all the info and inspiration for what’s coming next). We can look forward to seeing each other again when the PPC moves. Or perhaps the old saying “that ‘nothing is more definitive than the temporary” will prove true. 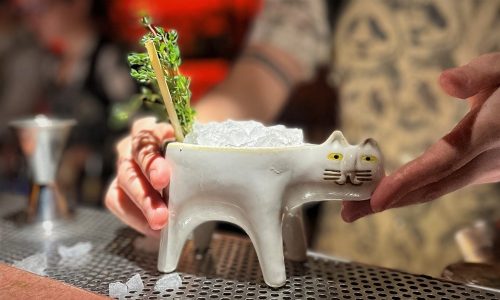 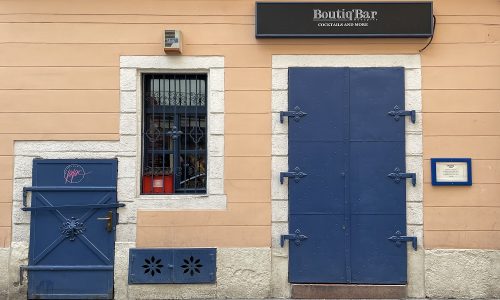