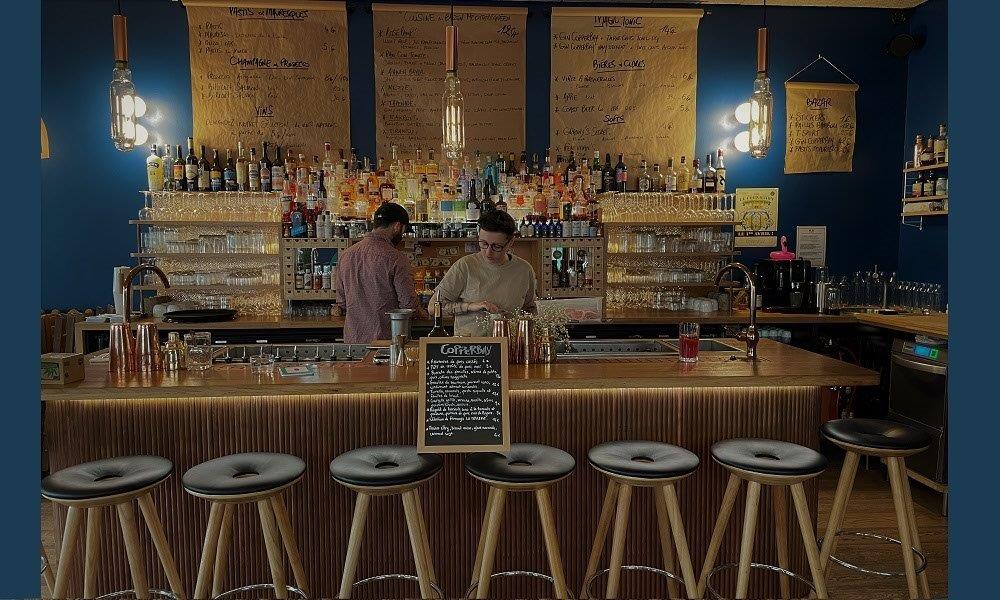 Pastis, Pétanque, the old port, freshly caught fish and the famous bouillabaisse. Marseille is colourful and multifaceted, diverse in culture and architecture. An eerily beautiful mix. For a long time, the city fought against its bad reputation, caused by crime, corruption, unemployment and fear of foreigners. The image has improved, and Marseille is now one of the most fashionable cities in the country. Let’s dive into the world of bars and explore the city. Join me on a sip to CopperBay.

In keeping with Marseilles’s location by the sea and the fresh ocean breeze, CopperBay awaits you with an open, bright and maritime interior with various seating options from outdoor seats to communal tables. The walls are painted in turquoise and navy blue tones. The theme of the bar is the seaside. The anchor point in the space is the bar counter in copper and wood with a handful of seats. It feels like being a guest in a cosy living room with an open kitchen. 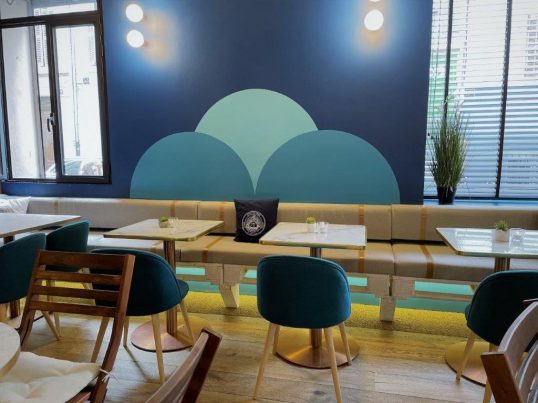 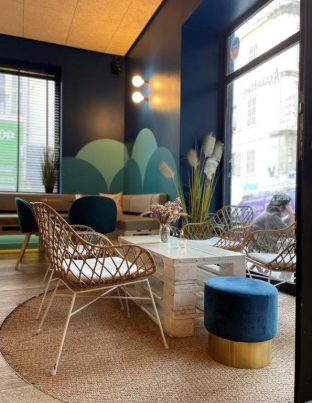 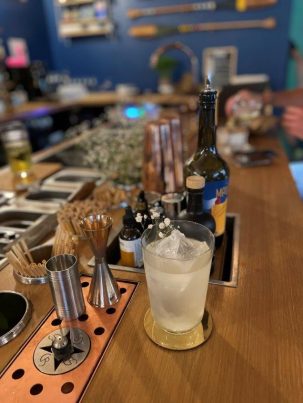 Having already been impressed by the Copperbay in Paris, a visit here was a matter of course. CopperBay Marseille opened four years ago and is a one-to-one copy of the one in Paris. The idea: same same but different location. At the beginning, it was initially a copy of the design. They also wanted the drinks menu to be uniform, but the tastes and especially the drinking experience of the guests in the two cities differ. Now, the “Marseillais” have evolved and it’s the right time for both cities to share the same menu.

CopperBay Marseille looks and tastes like its Parisian sibling. Serving pastis and complex cocktail creations with tasty tidbits. Accompanied by a professional bar team that brings fun and entertainment and invites you to come back.

The bar team is very attentive and easy going at the same time. The bar is extremely tidy, and you’ll find the bar manager Julien Lopez here happily polishing glasses and sorting the back bar. Julien is regularly named in the top 50 of the best bartenders in France, trained by the greatest, winner of numerous spirits competitions, he is bursting with energy and creativity.

The new menu for Paris and Marseille – Invites you to try everything. And that’s exactly what I did.

The new menu is straightforward and focuses on eight cocktails that will send your taste buds on a culinary journey through the Mediterranean region. Typical dishes are served in liquid form. Every drink refers to a dish or dessert from a European country and also refers to a classic like Martini, Old Fashion or Port Flip.

All the drinks have their own character and there’s something for everyone. For me, they were all so tempting that I had to drink my way through the menu. The taste of the referencing food and also the texture are perfectly captured. This is where the expertise and tools from the kitchen come in. Artisanal spirits serve as the basis of the drinks and techniques such as milk clarification, fat wash and carbonation are used. Alongside the drinks, there’s excellent food, as you would expect in France. I tried the artichokes with warm smoked cheddar cheese, burrata, tortilla with seafood and also the hummus made of peas, all with an elegant and tasty twist.

My absolute favourite drink from the menu is the Mezze inspired by a Greek salad. The combination of Aquavit, ouzo, feta water, watermelon, lemon and homemade oregano syrup was so well balanced that you had to keep sipping. A drink that put a smile on my face.

I’m not a fan of long drinks because they generally lack depth, but I was totally thrilled by the Lebanon inspired Ayweh Bayda that combines sake, pisco, verjuice, orange blossom infusion, and homemade jasmine syrup. The drink is kegged for optimal carbonation. Recently, I was in Madrid and my breakfast was roasted bread with tomatoes and olive oil. Pan Con Tomate, a mix of shochu, tomatoes and yellow melon, verjuice, white balsamic with citron reminded me exactly of this with its bread flavour coming from the shochu. 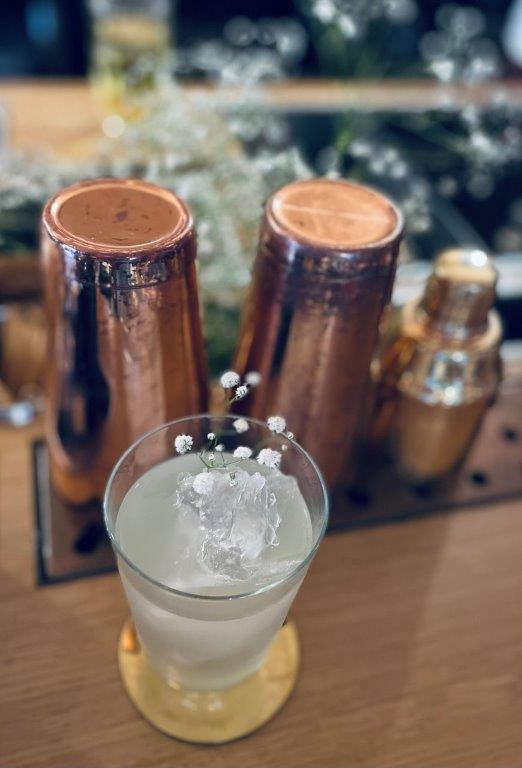 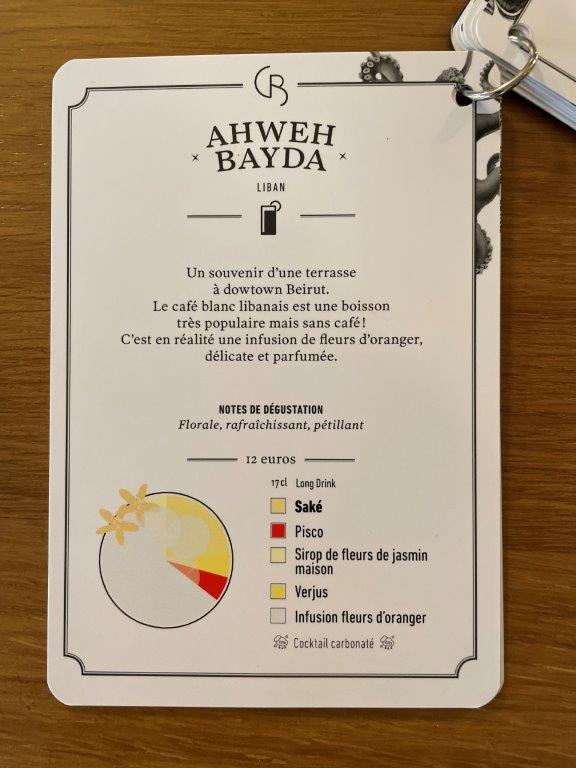 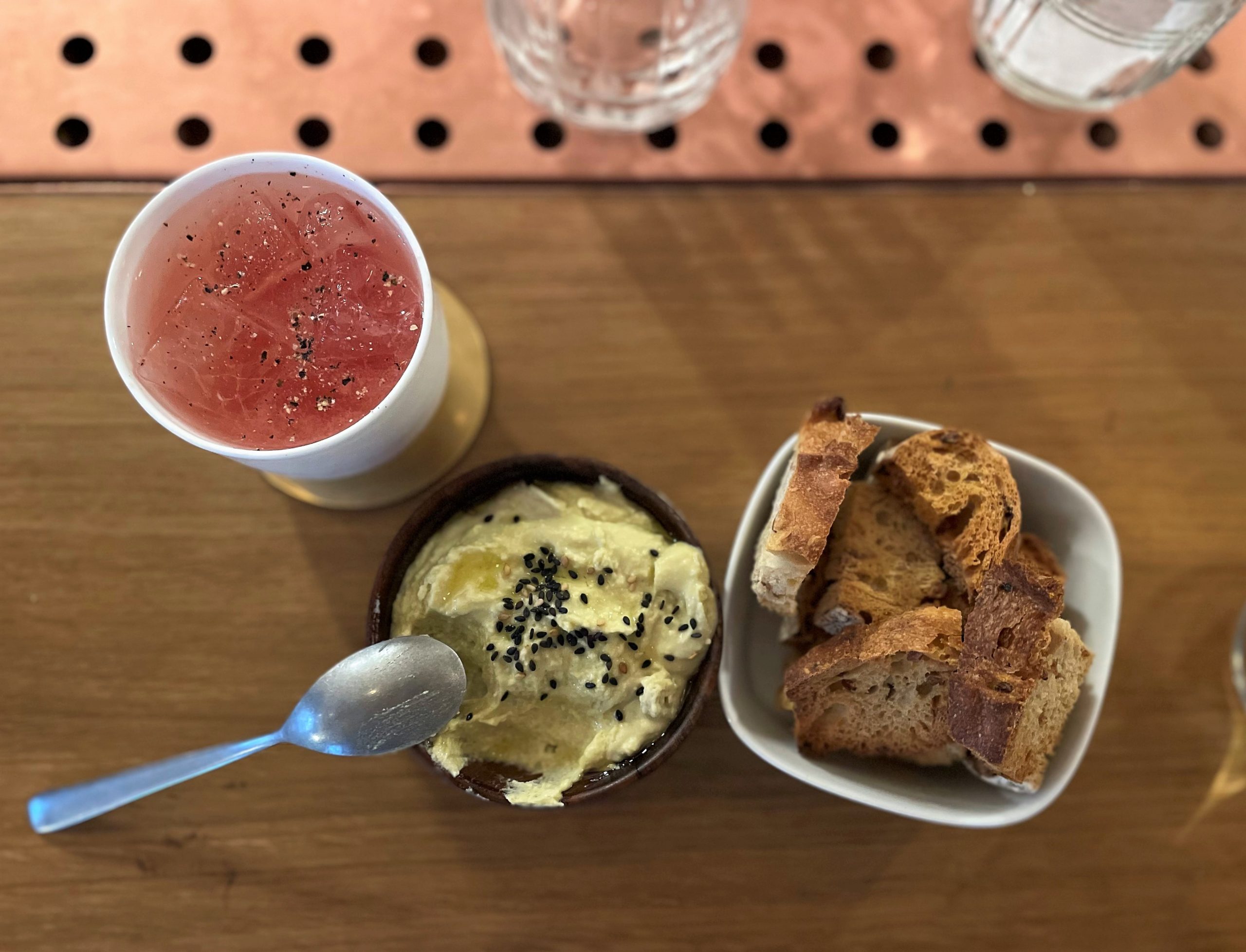 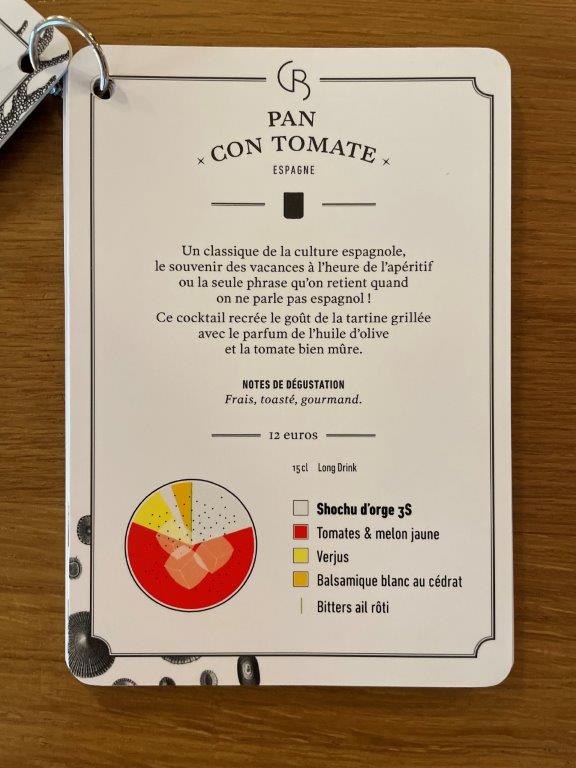 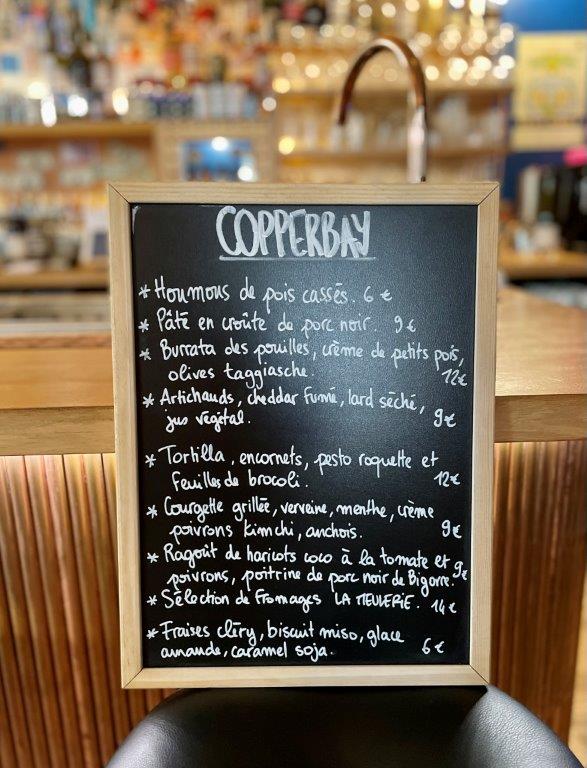 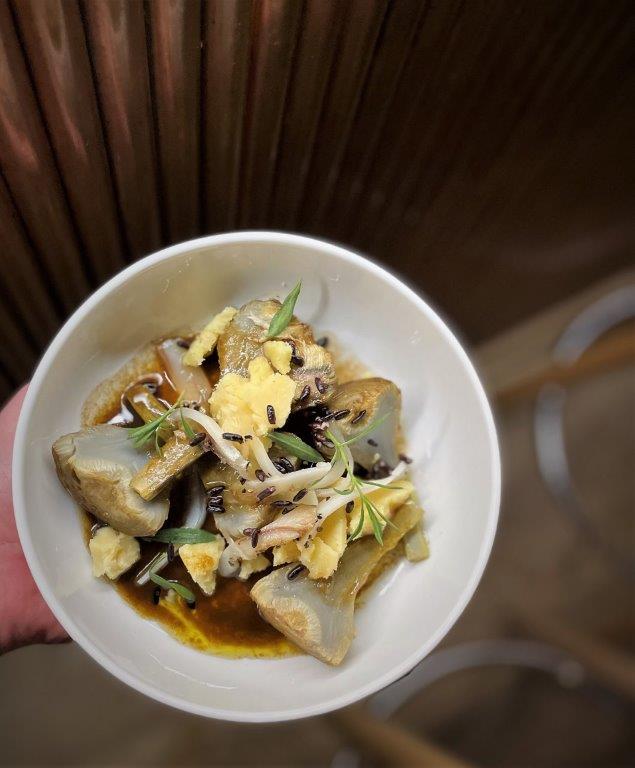 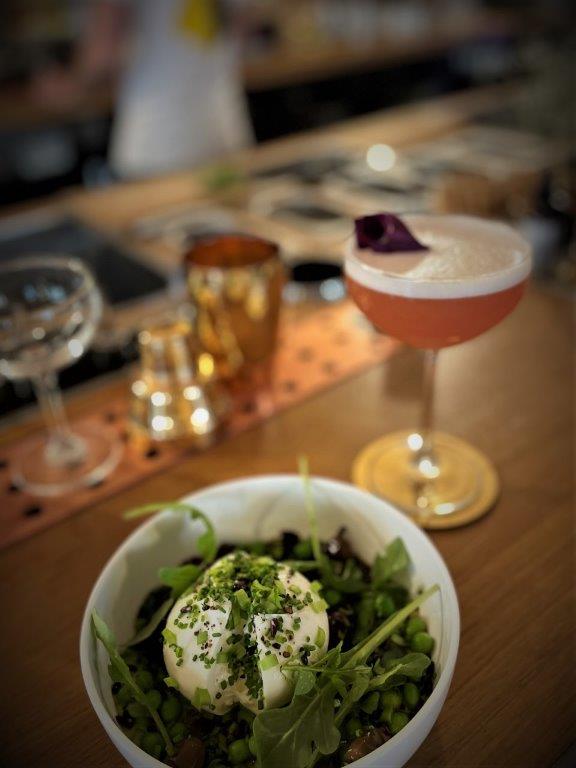 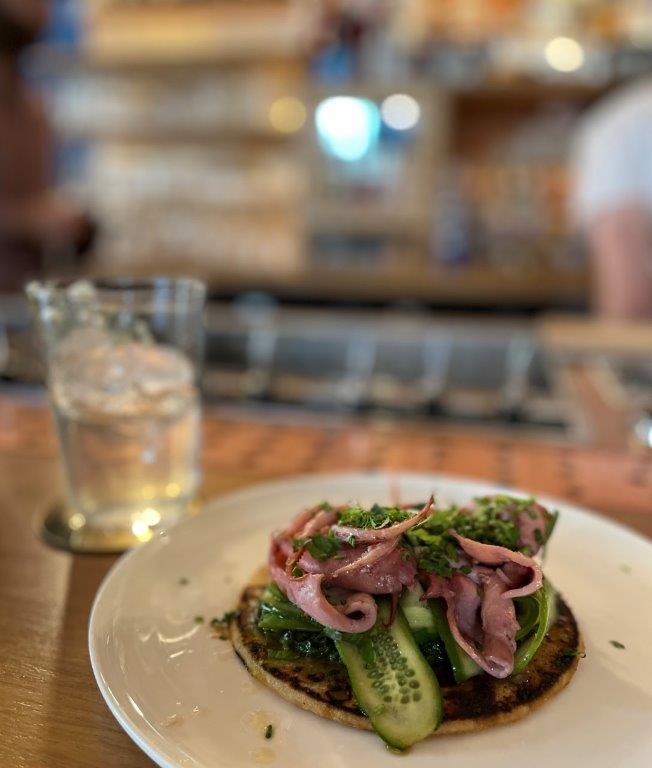 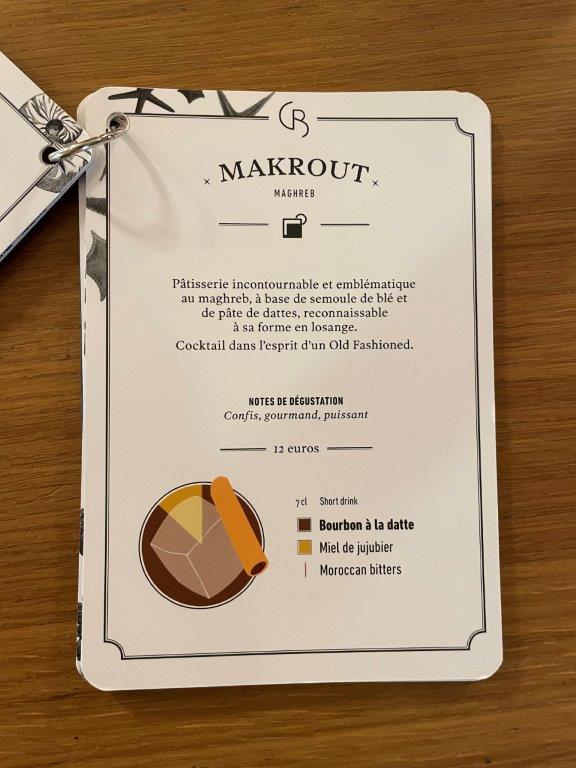 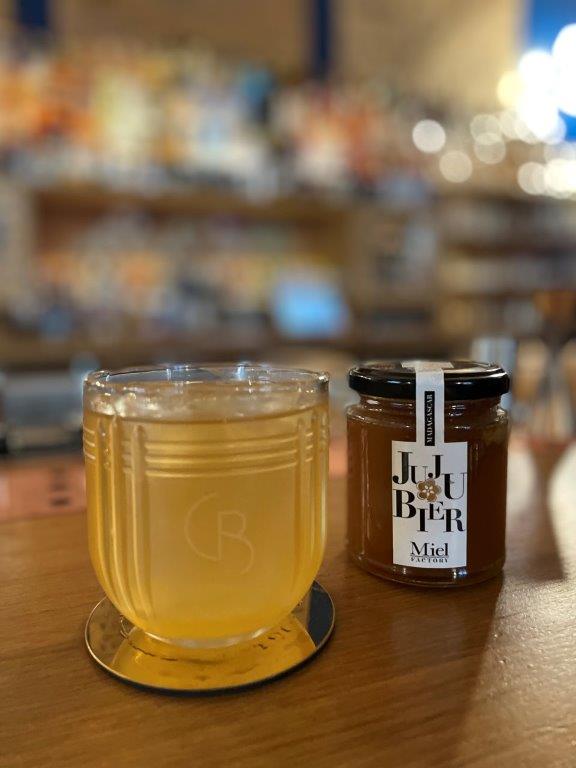 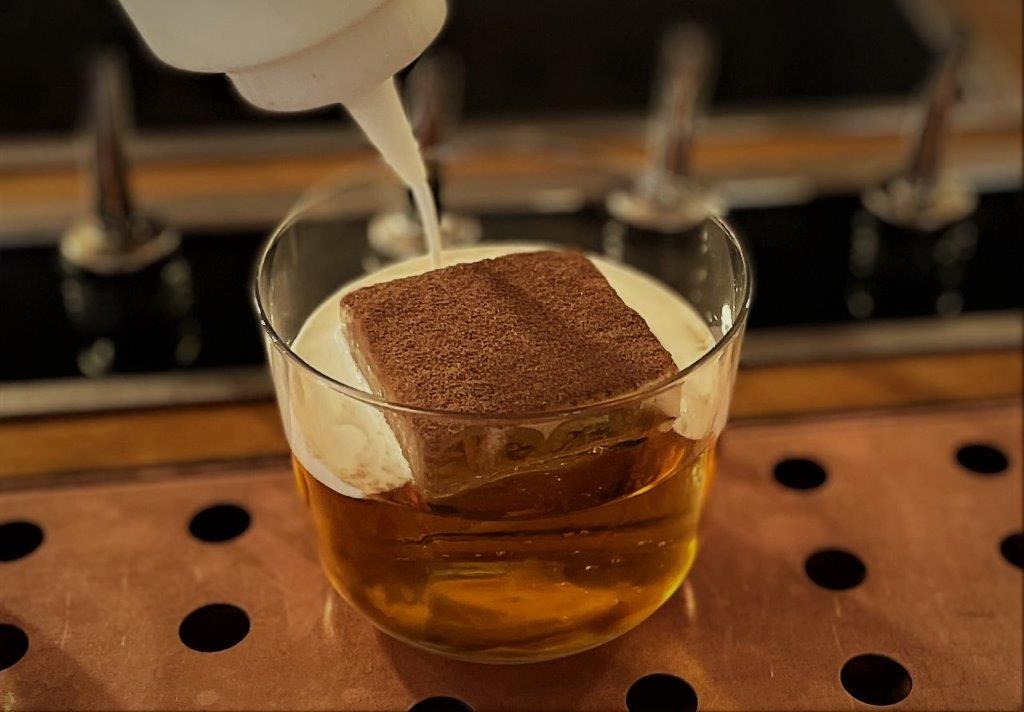 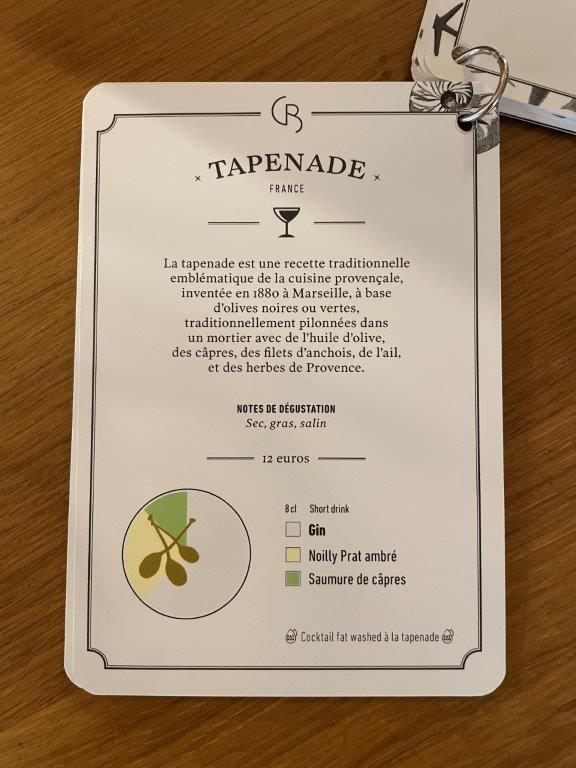 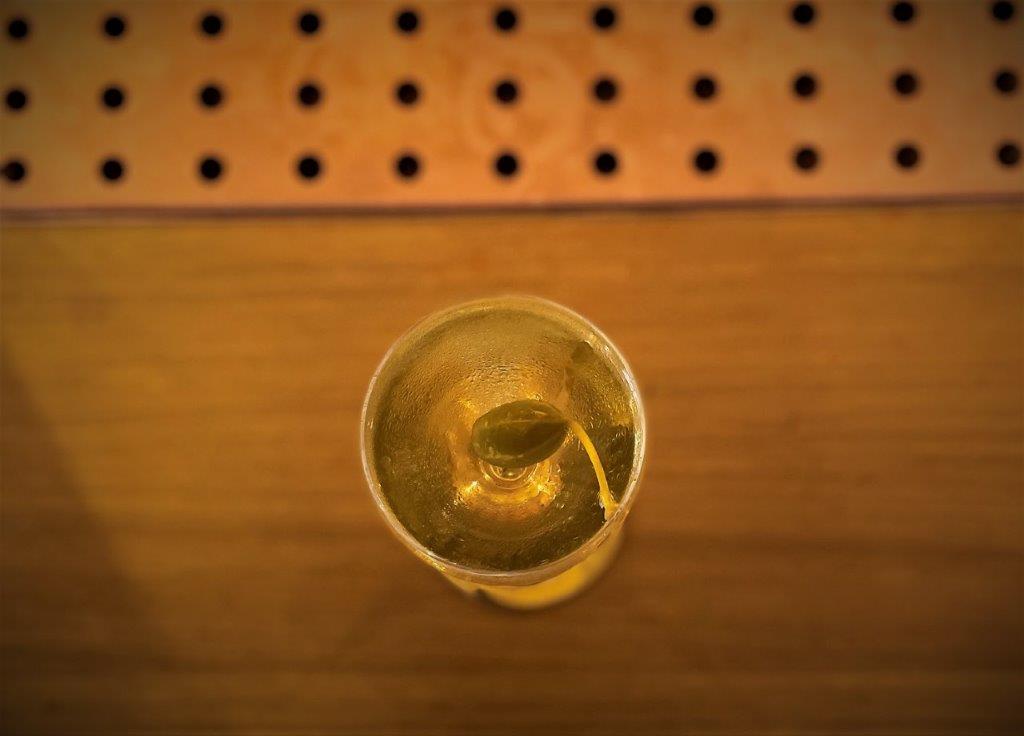 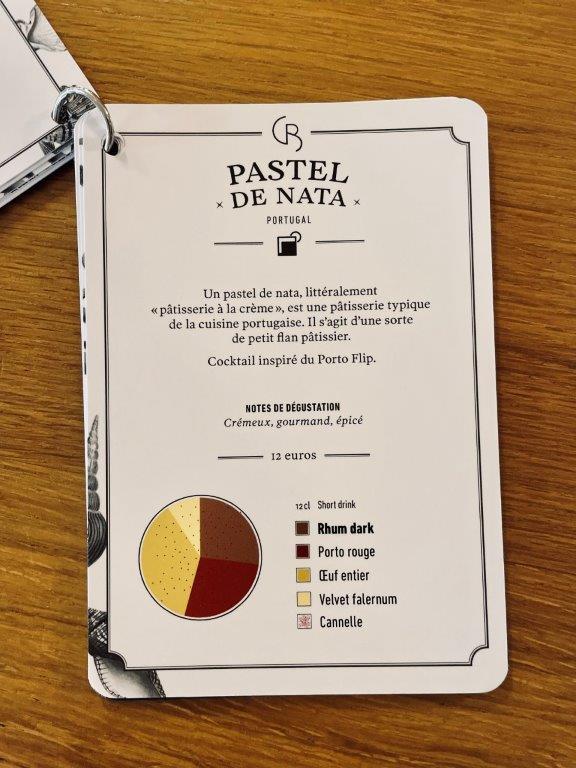 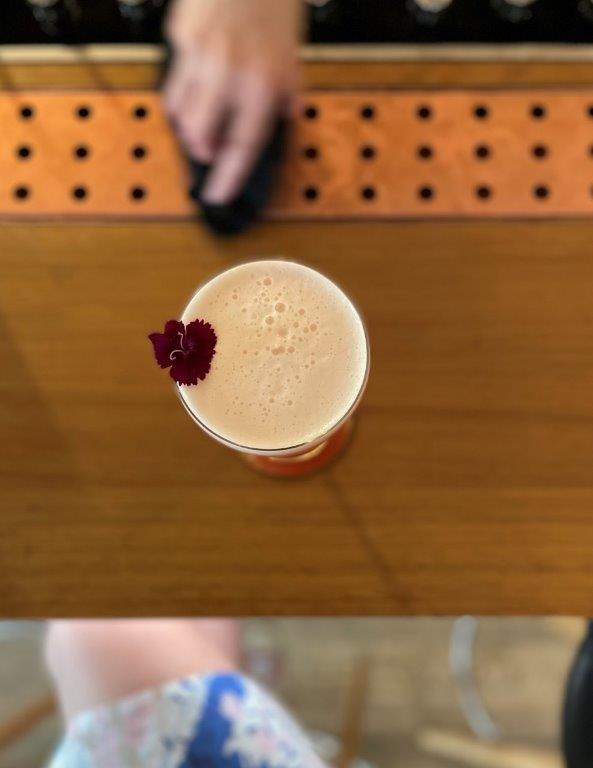 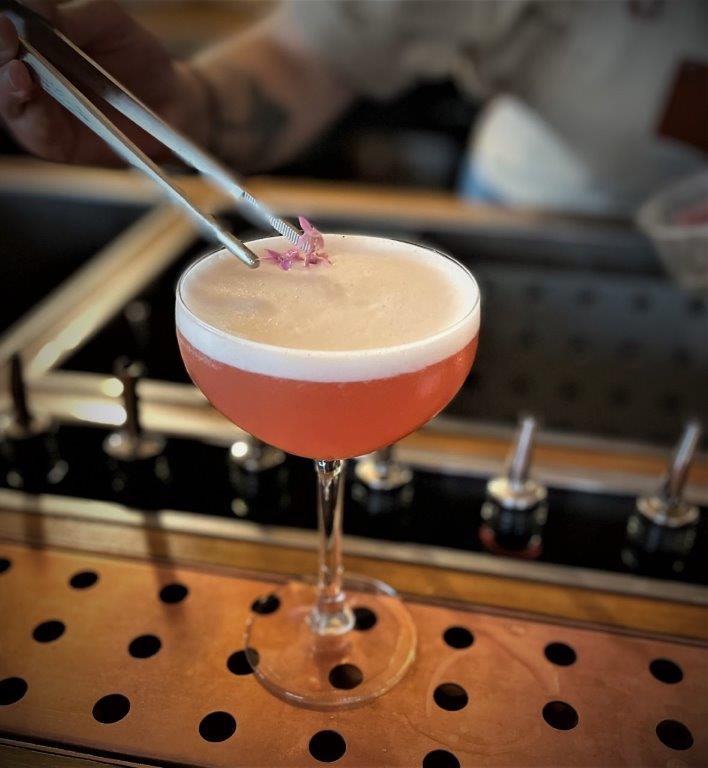 Think of a Moroccan Old Fashioned and you taste the Makrout made with date infused bourbon, honey and Moroccan bitters. Tapenade is a fat washed cocktail (Gin and Vermouth together) with caper brine. A savoury riff on a Martini.

Now, for a sweet treat to Italy and Portugal. Tiramisu, the most famous dessert from Italy, is a clarified milk punch. Metaxa with cocoa nibs, amaretto, homemade vanilla syrup, coffee and coffee liqueur is clarified with milk and mascarpone. The drink is served in a tumbler with a clear ice cube, dusted with cocoa and floated with cream. Looks and tastes exactly like a liquid tiramisu. Pastel de Nata cost me a bit of effort, as I’m not a fan of flips at all, but I love Portuguese pastéis de nata. The bar team was right, it was worth the effort and I finished the flip. Dark rum, port wine, egg yolk and falernum.

Cocktail lovers, after having so many drinks in my life, I have to admit “The French do it better”. Sometimes you don’t have to put on a big show, just good cocktails. The technical work simply takes place out of sight without sacrificing the quality of the product. CopperBay emphasises the ingredients with top service and hospitality. I had delightful days in Marseille. The city is so much better than its reputation and on my return list for sure. 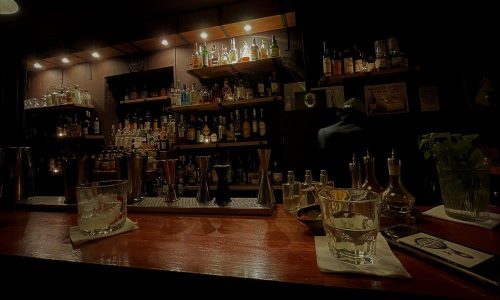