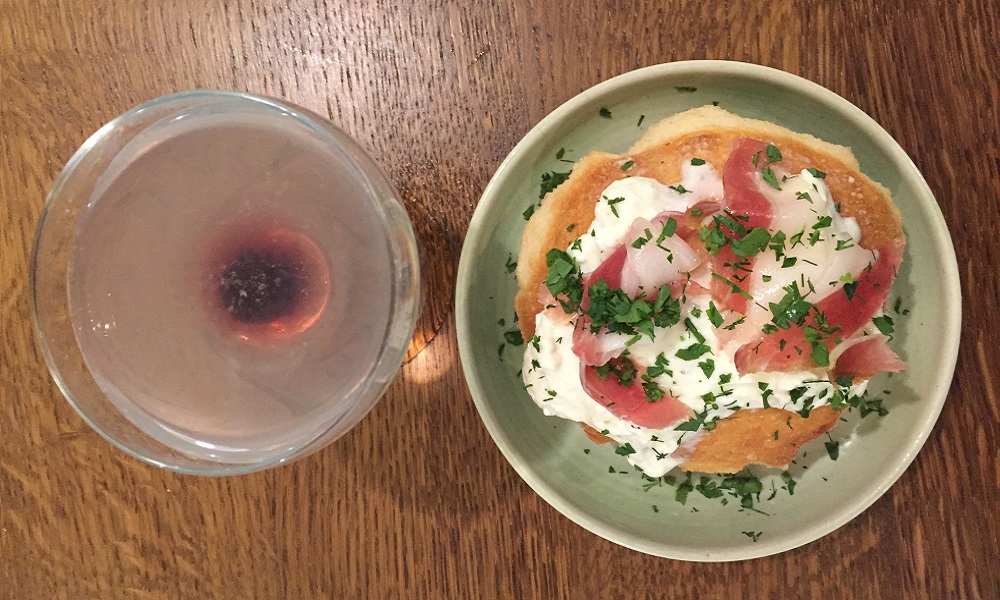 Paris is called the “City of Love” because of its romantic language, the lovely architecture and also because of the love for culinary pleasure. Paris is the ultimate destination for gourmets. France has a distinctiv pre-and after-dinner culture. High-percentage drinks as a food accompaniment belong to the French savoir-vivre. Bonhomie is a Mediterranean restaurant, a coffeehouse and a cocktail bar. They call the place „A soulful playground for chefs, bartenders & baristas“.

Beside intimate cocktail bars, I love the holistic approach of serving all the things I need for my pleasure in one place. Premium coffee, small delicious plates and elegant cocktails are a harmoniously mixture. A restaurant and bar concept, simple as that. Not only a playground for chefs, bartenders and baristas but also for the barstalker. Let’s have some pictures as an appetiser first. 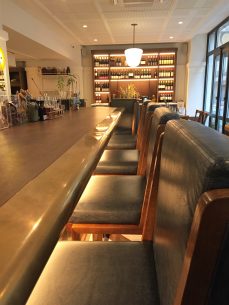 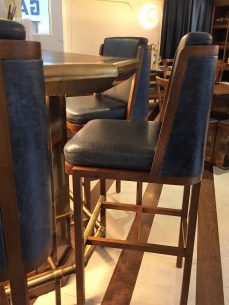 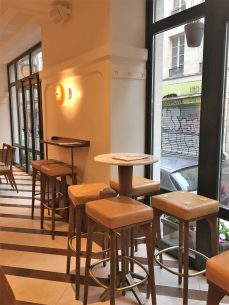 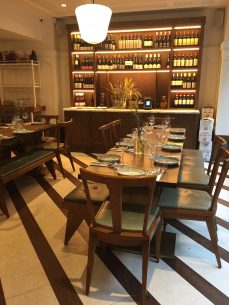 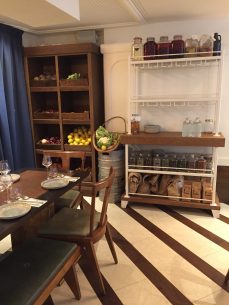 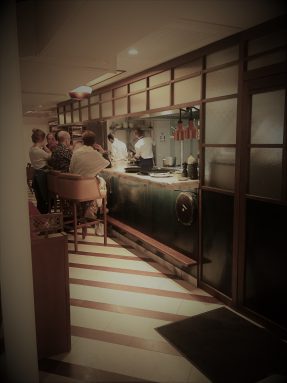 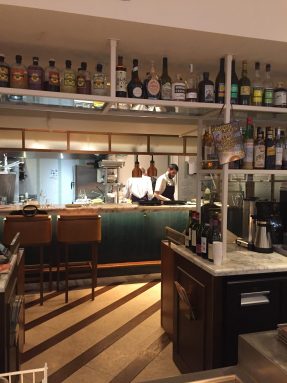 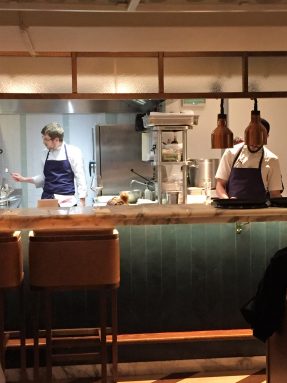 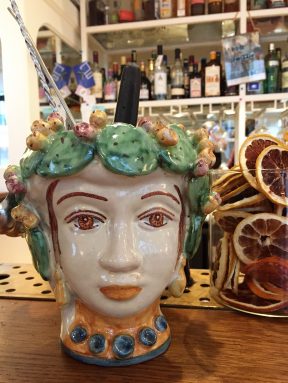 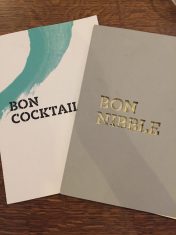 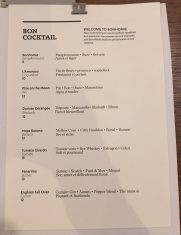 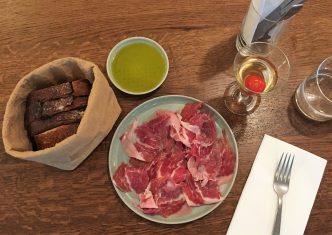 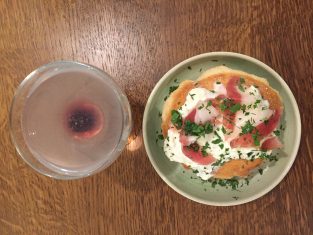 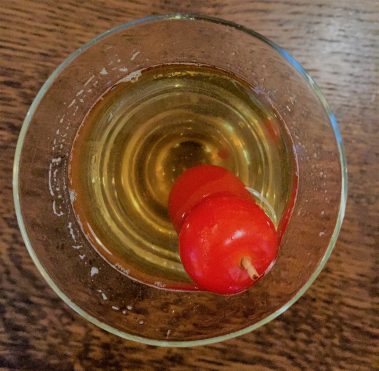 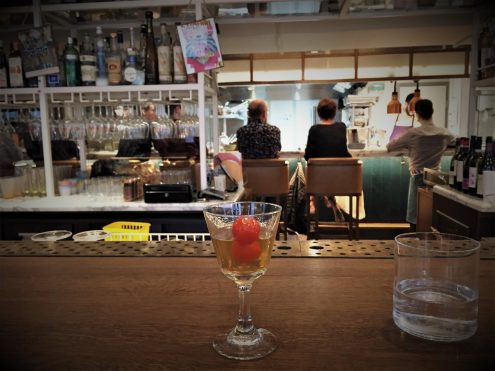 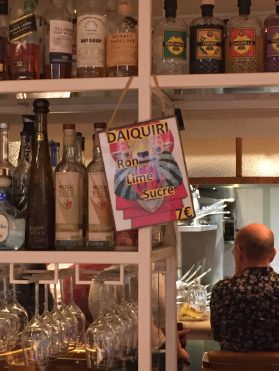 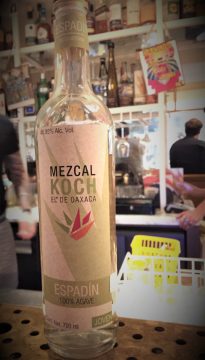 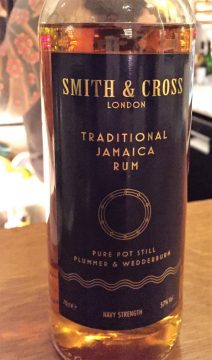 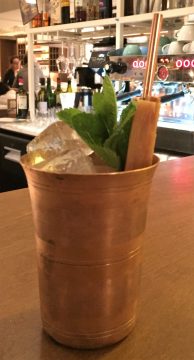 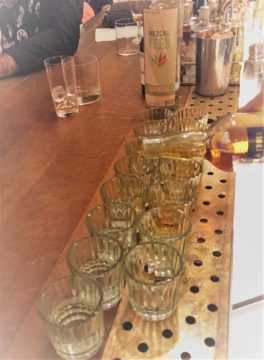 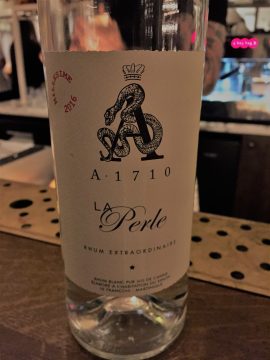 Bonhomie’s interior is classy and cosy and I immediately fell in love with the warm colours and the vibe of the venue. Who the hell said that Parisians are not friendly? I would say that this cliche can be regarded as outdated nowadays. Bonhomie means friendliness and happiness.

My adventure started in the early evening and like always I took my seat at the long bar on a super comfortable bar chair. It is great that you have so many possibilities to sit. You have the choice between some huge dining tables, some smaller ones and you have the exposed kitchen where you can sit at the marble counter and watch the chefs preparing the food.

Bonhomie relaxes the traditional concept of a restaurant meaning: there is a lot of interaction between the guests and the staff, and you feel more like having dinner at a friends house.

I was greeted like a friend and a water service was right there when I found my place. A little detail one should find in every cocktail bar. Okay, it is not really a cocktail bar, it is rather a restaurant which includes a cocktail bar. There are eight drinks on the cocktail menu. Each one sounds delicious. This is what the say about their cocktails: „Our cocktails are inspired by the absolute beauty of the Mediterranean region, with its colors, perfumes and its incredible variety of fresh ingredients. Each cocktail is built around the best produce the season can offer, and our simple but refined menu changes regularly to amaze you each time you’ll visit.“ URL: http://www.bonhomie.paris/

The menu is a collaboration of the whole team and influenced by nature and seasons. There are no startender attitudes behind the bar and the guys are just amazing – simplicity in its purest form. In the simplicity lies the complexity. I opted for the Pine on the Moon, a drink the bartender described as a mix of a Daiquiri and a Last Word. What I got was an extremely tasty drink with a tender soapy flavour profile. Exactly the sort of elegant drinks I adore. I enjoyed every single sip and also had a delicious pizza fritta with Corsican ham, truffle oil and Stracchino. As my drink started to become a bit warmer, the bartender exchanged the glass with a chilled one. Another little detail that distinguishes a good bar.

My next drink of choice was the Tomato Girardo. A bartenders name (Thomas Girard) transformed into a cocktail, nice idea. Rye whiskey, tarragon sirop, celery and liquer of green tomatoes served with some pickled cocktail tomatoes. This offered a very special taste experience, playing with the sweet and acidic flavour notes. I also had one rum based drink, the Enghien Fall Over and some Mezcal shots. The composition of the ingredients and the presentation are a lasting experience. I will be back, for sure and also for dinner!

Bonhomie is another new bar I have visited this year that impressed me much. They opened last year in November and are the third project of the guys behind Little Red Door and Lulu White. 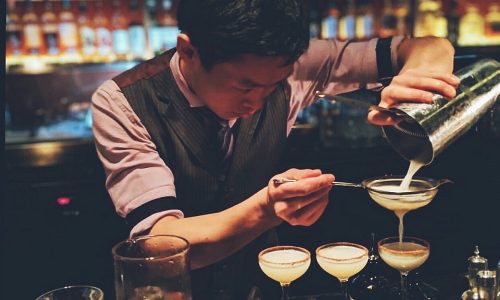 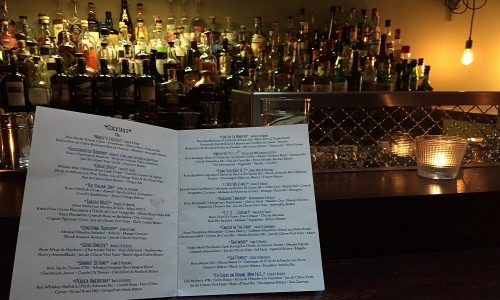 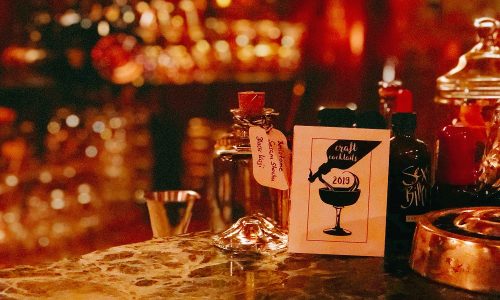 Sip Sip Hooray – The Festival of Artisanal Drinking is back