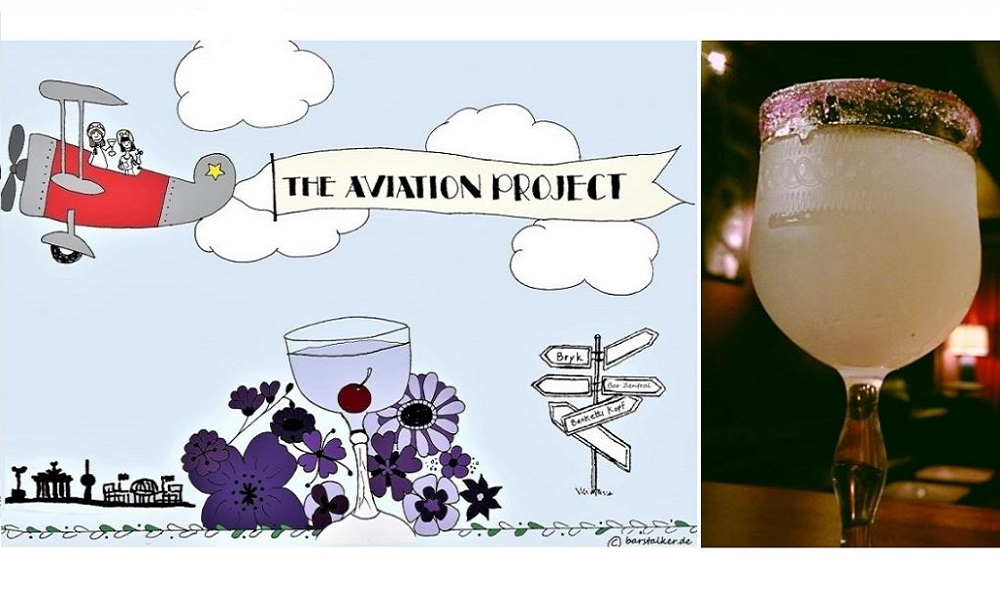 Hildegard opened its doors October last year but it seems like it has been there forever. My first thought, when I stepped in, was “this is a real bar”. I questioned my immediate idea about what a “real bar” is. To cut a long thinking process short: atmosphere, experience and personality. Thomas Pflanz has been shaping the Berlin bar scene and working in the most iconic bars for decades.

He has created a place where you feel in good hands and where hospitality is both lived and breathed.

Thomas Pflanz has realised a long cherished dream of having his own bar and has enriched Berlin West with Hildegard Bar, which is located in a side street close to the Kaiser Wilhelm Memorial Church. The area is steeped in history, just like the thoughtfully selected name of the bar. Hildegard refers to Hildegard Dahlmann, the owner of the building, known for her exclusive lifestyle. But it also refers to Hildegard Knef, a German actor and chanson singer, and to Hildegard von Bingen who experimented with herbs and brewed beer. The well-thought-out concept continues in every single detail of the venue: the interior design, the lighting, the long bar counter, the jukebox, the small niches and the glamorous backroom. Even the ladies restrooms are extraordinary.

For me, a bar is a place to relax from the daily routine, a place that feels like home and where I can enjoy a special drink, a place to get lost. Thomas Pflanz has created such a place. The mix of interior, music, poetry and spirits has resulted in a cozy and stylish drinking den.

Drinking is not just fun, but also an intellectual adventure.

What awaits you is a poetical drinking experience. The drinks are named after authors. The Bukowsky, for example, is made with fat washed bourbon and comes with crispy bacon and beer side. Thomas took a few lines out of Bukowski’s poems and has built a drink around it. 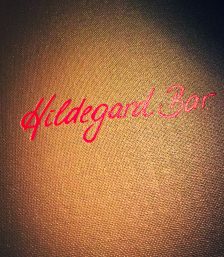 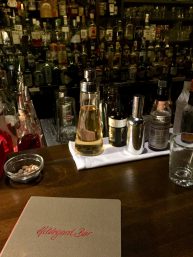 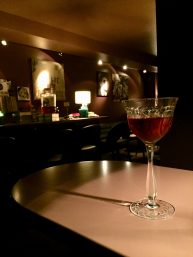 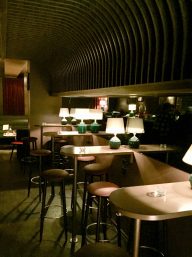 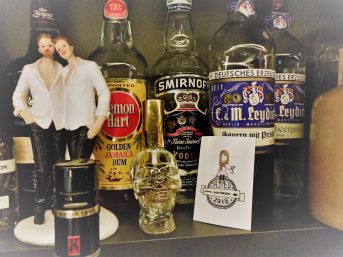 The sound of the shakers plays an important part of Pflanz’s life, but his passion for music is equally important and integrates harmoniously with the character of the bar.
Sweet music to your ears.

That you can expected classic drinks goes without saying. With my Aviation, Thomas Pflanz gave me some lyrical words that I had to translate:

This Aviation was made by Benedikt Scholz who worked already with Thomas Pflanz at the famous Lebensstern Bar. It was slightly floral, sour and very refreshing. Here is the recipe:

Shake and strain into a chilled cocktail glass. Rim the glass with lavender sugar.

← The Aviation Project – Having an Aviation at Sharlie Cheen

The Aviation Project – Having an Aviation at G&T Bar → 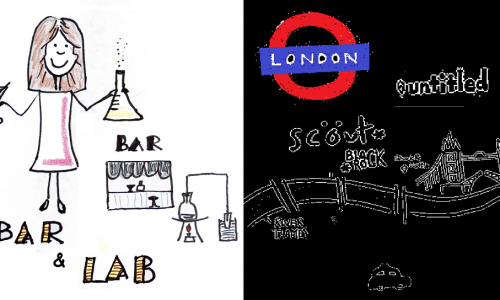 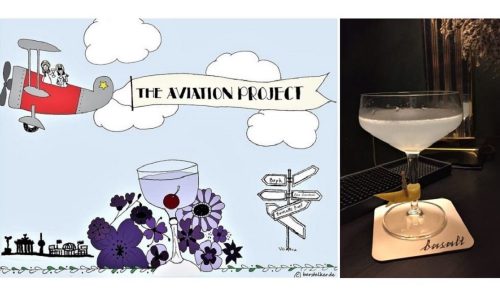 The Aviation Project – Having an Aviation at Basalt 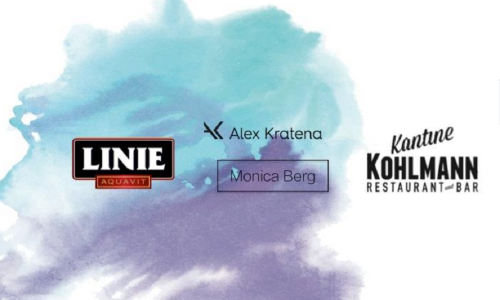