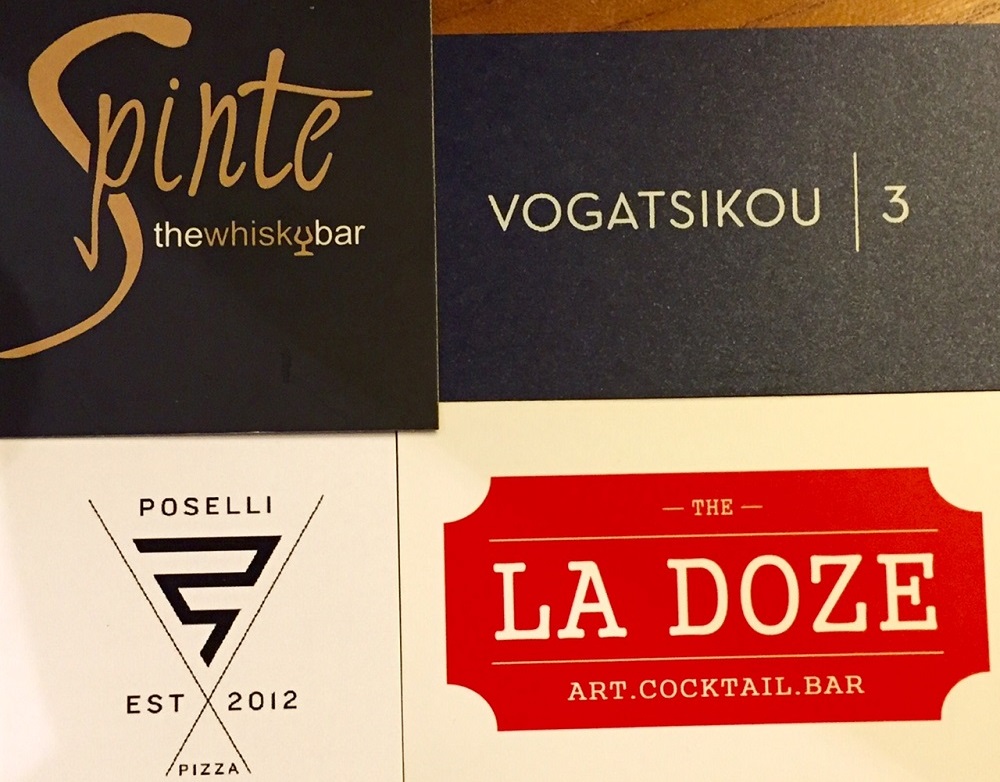 Maybe it seems a bit decadent to travel only for one night to Thessaloniki to go to a bar. But it is the bar Spinte where Alexander Sourbatis is currently working. I met him the first time in Athens during the guest shift of Alex Kratena in The Gin Joint. We talked about my favorit bar und drink in Berlin, namely Immertreu and the Seelbach. The ower of this bar and Alexander know each other for years and worked together in Cologne. It was love at first sight, not in a romantic way in a very “barstalking” way.

I took the train because the prices for the flights went up. I like train journeys and it takes 5 1/2 hours to the northern part of Greece. Furthermore you pass a beautiful scenery. Thessaloniki is the second biggest city after Athens. There are many sights and it seems more relaxed. The streets and pavements are in a better condition compared to Athens. Like it 🙂 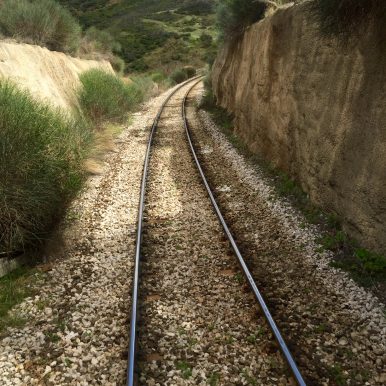 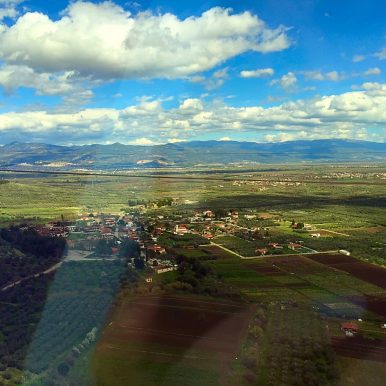 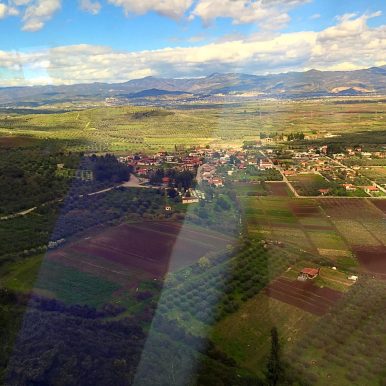 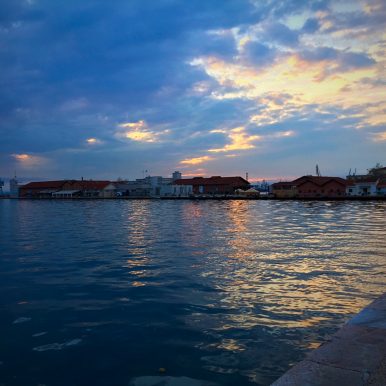 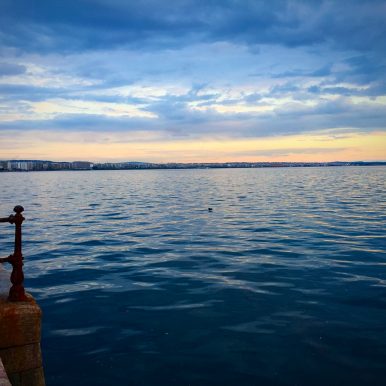 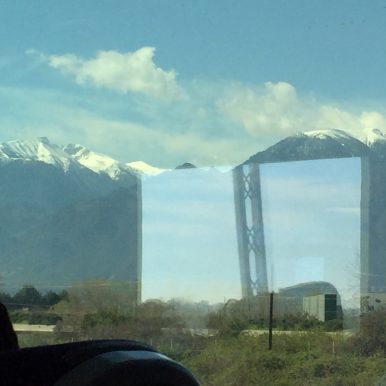 I had booked a hotel close to the bar. I had planned only one bar although there are some more famos bars around. At the Aristoteles Square you will find the Whisybar Spinte under the arcades. According to the area you find an elegant interior, few pieces of art, and beautiful lighting, but that was of secondary importance. The selection of whisky, the perfect arrangement of the different regions and the exclusive rarities were overwhelming. Alexander showed me all the treasures. The menu is also a piece of art if you take a closer look. I opted for my first drink  “The High Society Cocktail” a whisky based drink that came with mint chocolate. I already mentioned the rarities. Welcome to the Whisky Olympus and see what I had after the cocktail.  This works without any further words ❤ 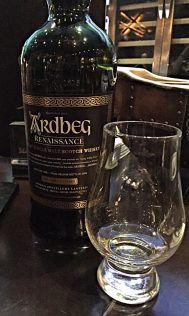 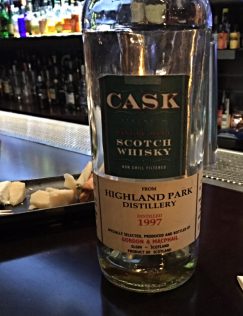 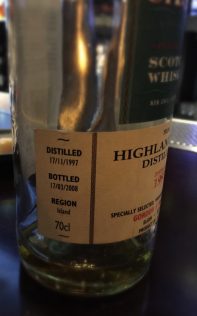 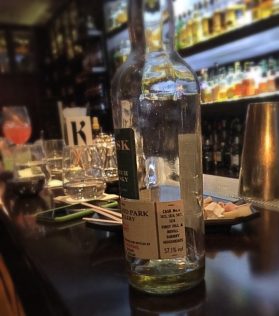 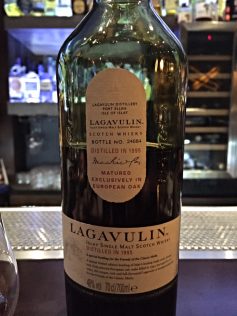 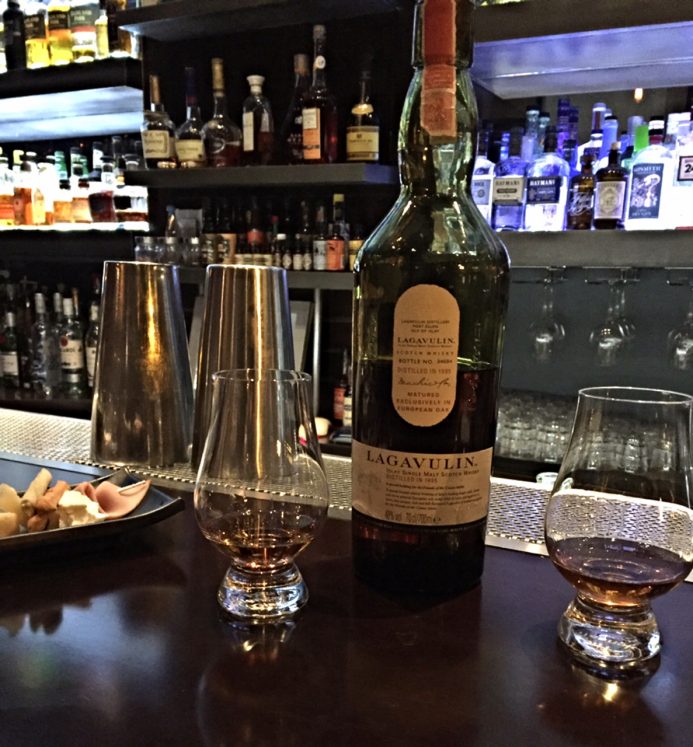 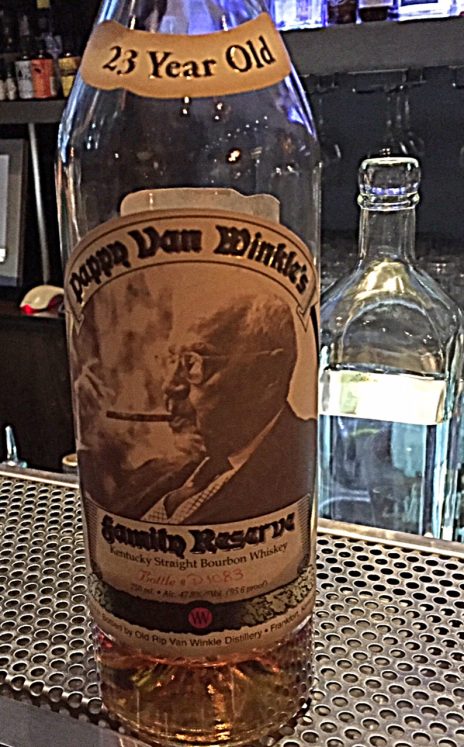 It wasn’t busy this evening so Alexander decided to take me on a bar crawling. I’ve already heard about those crawlings and I started to be a bit afraid of it. On top of this fear I got a “Seelbach” and of course with Noah’s Mill. This bourbon ruins me on a regular basis in the Immertreu bar. Cheers to Ricardo. The “Seelbach” was delicious. To replace the missing metal goblet we took a julep cup. Meanwhile I chatted to a very nice Greek guy sharing the same passion and attending the bar crawling later. 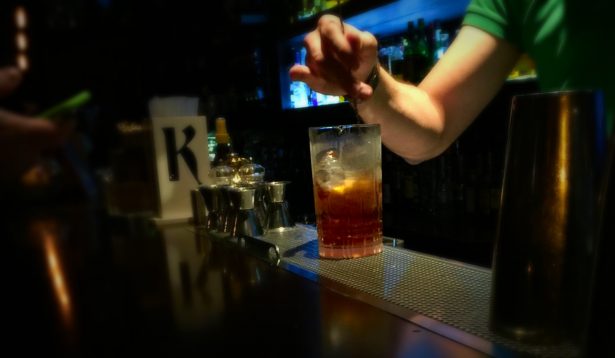 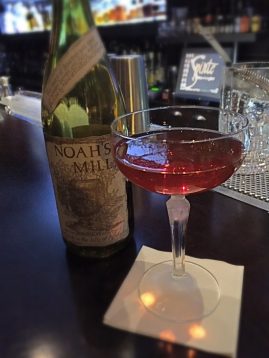 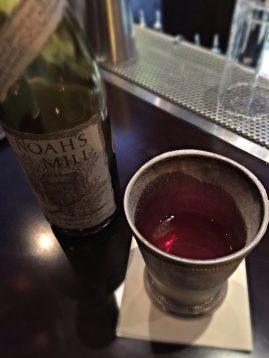 At the same time in Athens the bartender of Kolokotroni 9 posted on Facebook a call “What about you?” with the pictures of the drinks I had the other day. Incredible guy and I started to laugh. I posted back “Aurio” i.e. tomorrow in Greek.

Usually I use Facebook to check into locations and stay informed but this needed a reaction. 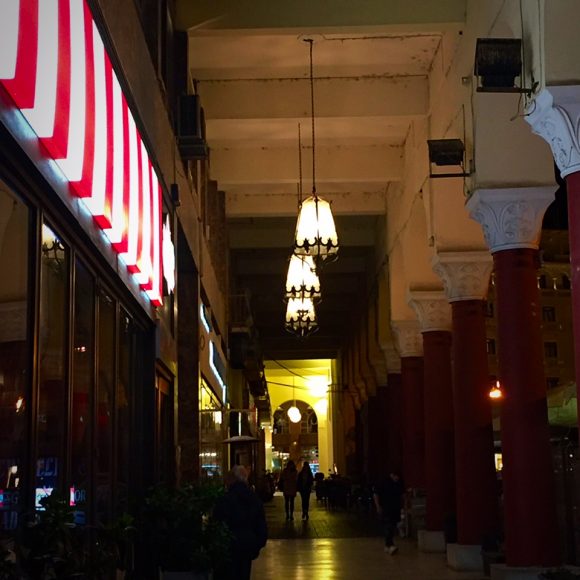 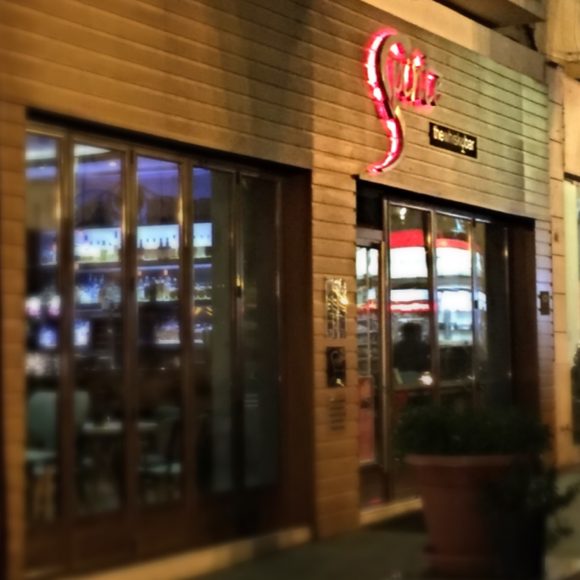 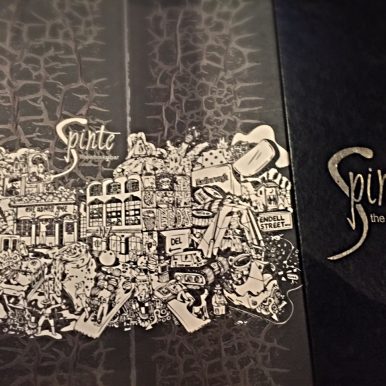 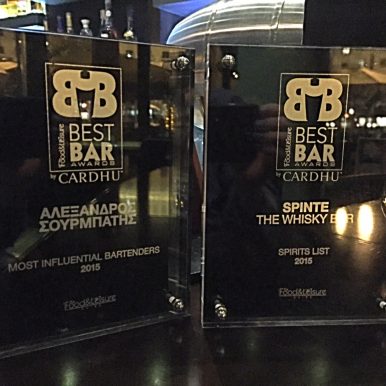 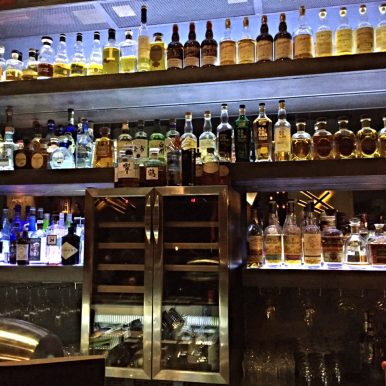 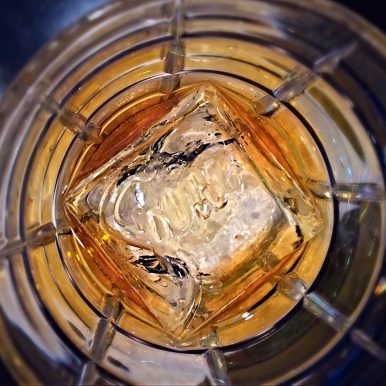 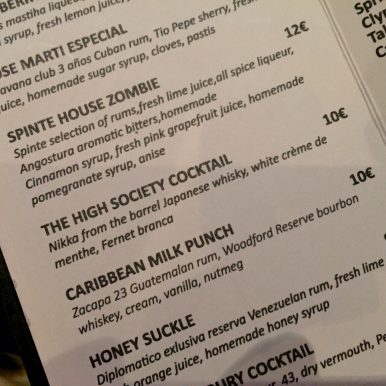 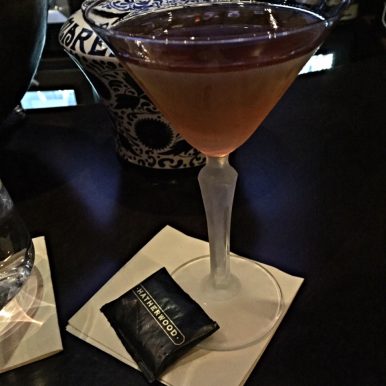 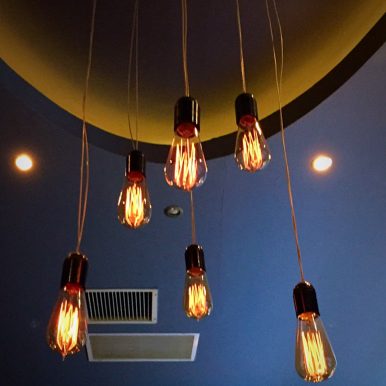 It was about time to start the „Bar Crawling“. First destination was the bar Vogatsikou 3, which is also amongst the best bars of Greek. A small bar, stylish design with wood, metal and glass, and a very delicious barrel aged „Boulevardier“.  Nice and comfy ambience and good music played by a handsome DJ.

Like at Spinte I found the bottle for bitters that has the look of a hand grenate and also recognised the corresponding tatoo of the bartender.

Next stop the bar La Doze. An underground bar which could have been found in Berlin years ago. The bar manager showed me the whole space and we had bourbon and beer. Due to the speed of drinking I wasn’t fully drunk immediately (it hit me later). Opposite of La Doze is the best pizza place of Greece. I was told so and I have to admit that the pizza was great. I got the first piece with mustard as basis and then we sat dow to have more. This place has the same owership like the bar by the way. It was already late and time to go. I have never met hospitality like that before and I am so thankful for these moments.

Actually the night was over but actually means not really. My new company and I went to a club. The club where the pop up bar of a famos bar in Athens will open soon. I was a short night and I had to take the train back to Athens the next morning. Guess when I am going to return to Thessaloniki?

“Lost in the Pine” at the Kolokotroni 9 → 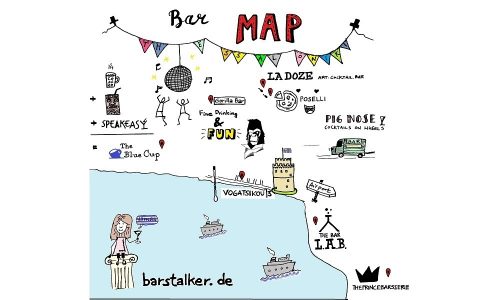 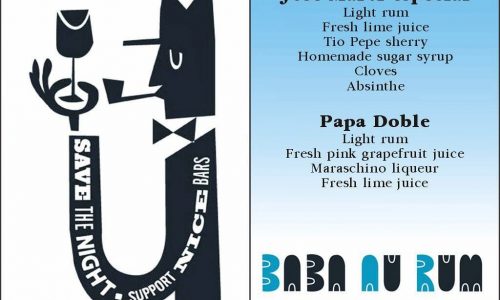 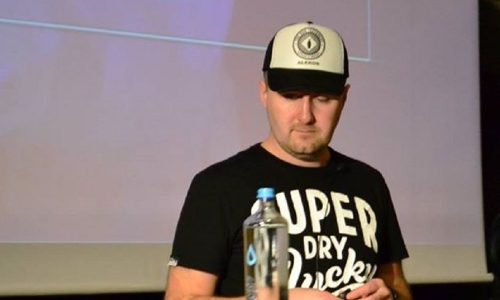 A perfect day in the life of a Barstalker ❤